I started thinking about the makings for this spicy, North-African-inspired chickpea & quinoa soup while visiting my parents over Christmas. We started talking about Boxing Day on the way home from the airport (on Christmas Day); it brought back a flood of recollections.

Along with the trimming of the tree, the four hour-long Christmas morning gift opening ritual (we’ve finally let this go), and the carols played by my older sister on our old upright piano, one of my most stable memories of Christmas is that of my mother bursting into tears on Boxing Day.

For the unacquainted, Boxing Day is December 26th. It originated in England in the middle of the 19th century under Queen Victoria during which boxes were filled with money for the poor (and, some traditions contend, servants). It is still celebrated in Britain, Canada, and other Commonwealth nations and is typically spent with family, friends and the sharing of plenty of good food and cheer.

My Winnipeg born and bred mother annually felt compelled to make Boxing Day a memorable fete for at least 40-50 of our friends and neighbors. While Christmas was always an idle day, centered around bonbons and books, Boxing Day was an all-action adventure. From the crack of dawn, vacuums roared, mixers whirred, and the detritus of the day before was crammed into every available inch of drawer, closet and cupboard space.

The strain of balancing the roles of working mother, Santa Claus, maid, caterer and hostess extraordinaire, all with three little kids in tow, inevitably culminated in Mom’s tears of exhaustion each year, several hours before party-time. But with several hugs from us kids, kisses from Dad, and ample fortification provided by multiple cups of Earl Grey, she was soon recharged and primed for the final acts of preparation.

And every year was an extraordinary party.

At the center of the seemingly infinite varieties of culinary treats (and here I finally get back to the spicy beef soup connection) was a magnificent slab of English spiced beef, surrounded by a panoply of pickles, chutneys, mustards, and triangles of pumpernickel bread.

The recipe was one passed down from my maternal grandmother (“Gran”). The instructions offered no shortcuts. Come the beginning of December, a 15-pound beef roast is rubbed with a dizzying array of spices and seasonings ranging from cloves to saltpeter (yes—the same ingredient used in gunpowder), then sealed in an enormous bowl for a several weeks of curing in time for Boxing Day.

The morning of the 26th, the aromatic ( beef was slow-roasted for 2-3 hours. The majestic final effect was a spice-crackled, blackened crust carved to reveal a succulent pink interior so tender it crumbled. Leftovers made ambrosial sandwiches, but only a few scraps would typically survive the revelry.

Now back to the soup.

It’s a far stretch from the aforementioned beef dish except  that it is redolent with spices, which is exactly what I have been craving in a savory dish. And though it contains no beef, nor any other meat, it is very high in protein, thanks to the combination of chickpeas and, in place of the more typical couscous in most North African fare, quinoa.

I am quickly falling in love with quinoa–you must try it!–because it is as easy to make as rice, yet is a complete protein. It has a nutty flavor and delicate texture, too, which makes it incredibly versatile.

This soup gets better and better as it sits, making it an excellent make-ahead option for packed, high-protein lunches throughout the week. Enjoy! 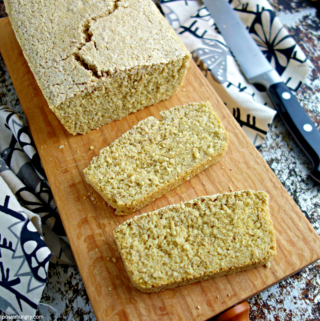