I had grand plans to make this a chocolate & champagne detoxification day. My husband announced that he was going to make some fresh pineapple-orange juice with his new snazz-omatic juicer and I thought “perfect, this will be painless.”

That was until, moments later, he presented me with a mimosa.

Truth be told, I dove in headfirst (I blame it on being thirsty from my early morning class—I know, pretty weak). No surprise, a mimosa made with fresh juice is definitely worth the extra effort (especially when the effort is provided by one’s husband).

But while I gave in, I didn’t give up. Following my final slurp, I headed to the kitchen and made a bowl of my pb & j power oatmeal.

When I was little, I used to wonder why Goldilocks did not thank the three bears for letting her steal some of their oatmeal. I would have gladly given up mine for a bowlful of the Fruit Loops I knew my mother would never buy.

It took me awhile, but I finally came around sometime in college, when, several thousand miles away from home, I began craving simple comfort foods—including the pleasures of a good bowl of oatmeal. When made with care, it is smooth, silky and soothing.

These days I find myself cozying up to a big bowl on many mornings and admiring the wisdom of those bears.

It is no headline that oatmeal is good for you: Oats were a mainstay of Scottish and Irish diets for centuries, and the legendary strength of at least one Celtic god is credited to his inexhaustible appetite for porridge. But it is only recently that scientists have begun to understand how oatmeal conjures its nutritional magic.

According to the most recent reports, that big bowl you tuck into on chilly mornings is loaded with disease-fighting anti-oxidants which help lower blood pressure, lower cholesterol levels, and buffer some of the ill effects of the occasional cheeseburger, French fries, and other high-fat treats.

What gives oatmeal its oomph? First, it is made of whole, unrefined grain. The more whole grain you eat, the less vulnerable you are to diabetes, heart disease and some cancers. But even among whole grains, oats are superstars. They contain more soluble fiber than any other grain and are loaded with higher levels of protein, calcium, magnesium, zinc, and vitamin E than either corn or wheat. And while all whole grains contain anti-oxidants, oats have hundreds, including some that are unique.

Not everyone takes to oatmeal, even when topped with maple syrup or brown sugar. In 1755, Samuel Johnson defined oats as “a grain which in England is fed to horses, but in Scotland seems to support a people.”

But oats have come a long way since the days they were used mainly as animal feed. Beyond bolstering your bowl of oatmeal with any number of goodies, from dried fruit, to honey, to a sprinkle of mini chocolate chips, you can sneak a cup of oats into some standbys, including muffins, pancake batter, coffee cakes or bread machine recipes. Also consider substituting oats for breadcrumbs in meatball and meatloaf recipes.

But when it comes down to it, nothing beats the bowl. For a bit of inspiration, here’s my recipe for pb & j oatmeal, which I fortify with all-natural protein powder, cinnamon, a drizzle of peanut butter and a bit of all-fruit jam.

When people ask me what I eat in the morning, especially following an intense workout, this is it—it’s one of my regular rotations. 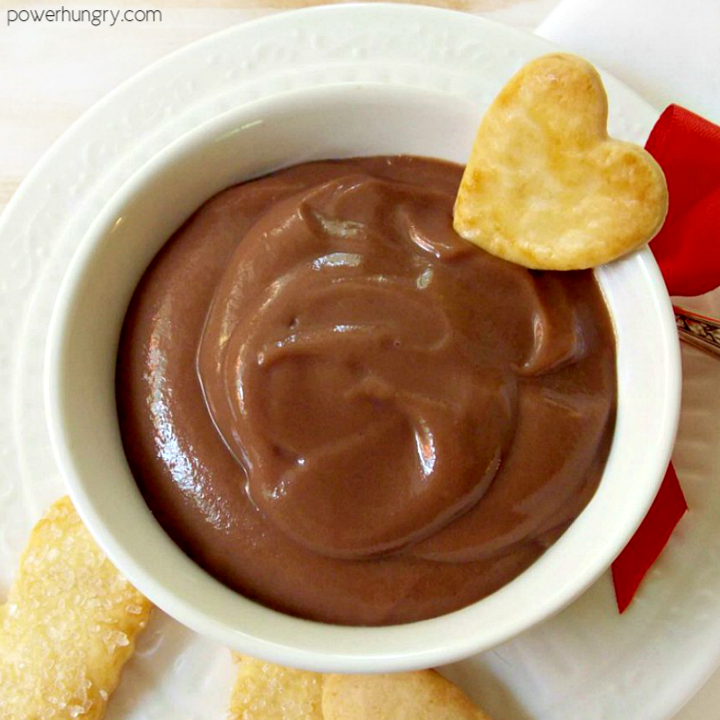 I am about to leave for golf lesson(no pilates today)and was going to make another smoothie. It is end of travel time and back to healthy eating. I saw on your blog the oatmeal, so I decided to whip it up. I have steel cut oatmeal so I guessed at portions and I will see how it turns out. I have all ingredients for your granola and will make this afternoon. We had your salad for luncheon club yesterday made with endive rather than spinach. My favorite salad either way. You are my inspiration to healthy eating and great recipes. Thanks so much.Jan

Yes, everyone is much better. Just feeling somewhat winter-droopy. The sun's out today, though, so we can head outside, yay!

Hope all is well with you and Paul!

I love the new font -- so much easier to read (although I'm always partial to pink). Hope everyone is getting healthy over there. At least there's champagne!