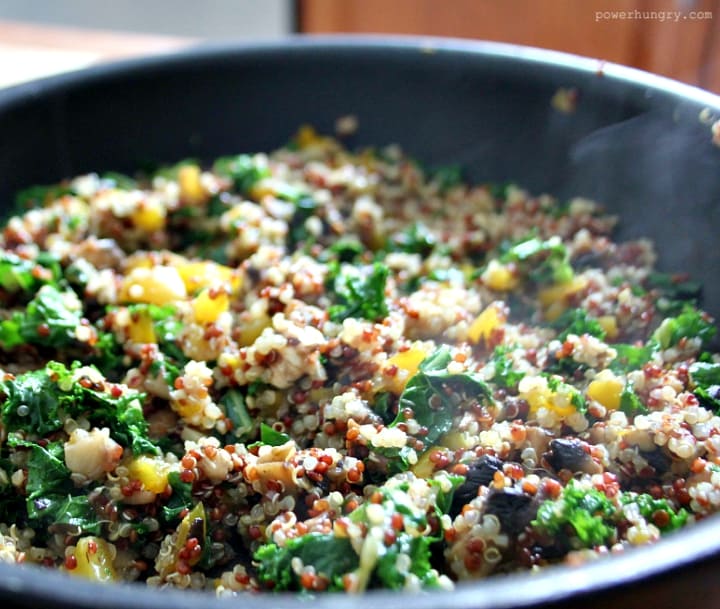 I can’t believe I’m saying this, but the root canal wasn’t bad at all; drilling is still no fun, but it was sweet relief to be free of the throbbing.

But the drilling and scraping required an ample dose of Novocain, leaving me with the sensation of a silicone loaf pan in place of cheek, lips and tongue. So I arrived home in the early evening with my frozen face, and wondered what to do next. Kevin and Nick were outside playing, the morning snow having given way to a beautifully sunny afternoon. I stayed inside, dreamily fatigued, ready for the day to come to a close. How many hours until this stuff wears off? And what on earth was I going to make for dinner? It annoyed me to have to give it consideration at all.

I made a cup of mint tea, which I sipped and dribbled while half-heartedly flipping through a few cooking magazines, followed by the opening and closing of the refrigerator door several times over. I poked my cheek; nothing. By 6:30 I was bored with waiting for my face and dinner. I pulled several items from the pantry and refrigerator and set to work.

By 6:40, onions and mushrooms were cooking and the kitchen was smelling delicious (I’m glad there’s no call for administering Novocain up the nose). In went some quinoa and broth, and I was elated to be in the home stretch towards supper.

Nick was beginning to clamor for his bath (Kevin fed him dinner while I whisked), so I hopped to it and added the final bits and pieces to my skillet supper. It was good. Really good.  Then I chomped my tongue, and felt it (just a little bit). Hurrah! 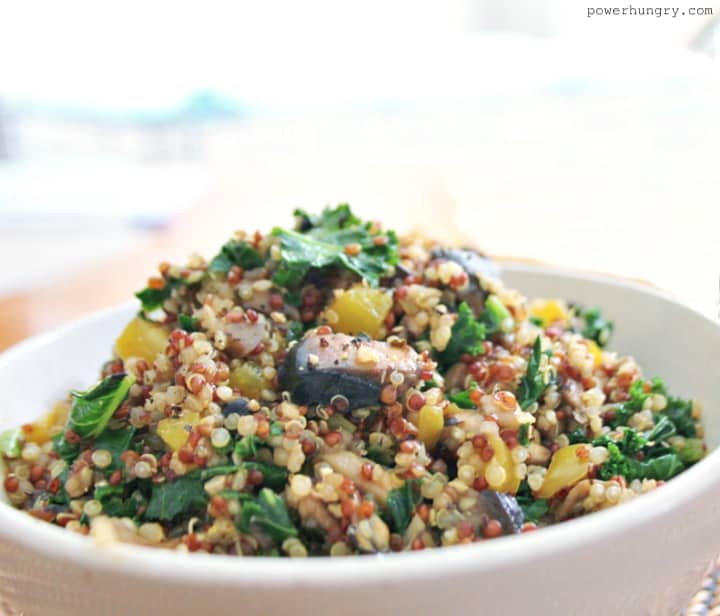 A quick and healthy skillet supper made in under 30 minutes, featuring quinoa, mushrooms and kale. It’s naturally vegan and gluten-free.

Oh yum... you've combined some of my favorite foods... and on polenta! What more could anyone want?

Nice looking dish. Thanks for participating in Tried, Tested and True!

Yay, Christine, I'm so glad you both tried it and like it!

I made this last night with the vegetable broth substitute...worked beautifully. I must say, this is the easiest dish to prepare...perfect for after work. And it is positively delicious! My husband looked at my like I was nuts when I embarked on cooking a new dish after work..he was very pleasantly surprised and enthusiastic about the flavors. Thanks so much!

I think I must have been delirious--a smoothie would have been perfectly fine! :)