I married a crusty man.

Tetchy and surly he is not, but smitten by toothsome sourdough, ciabatta, and most any filling—sweet or savory—encased in flaky layers of dough he is.

He considers mile high pies an affront (“why skew the filling-to-crust ratio to such ridiculous proportions?!”) and was thrilled when, last summer, a friend presented him with a slice of apple pie and an apology for “making too little apple filling”; he later proclaimed it the best apple pie he’d ever eaten.

I’m happy to oblige his crust predilections in most instances, largely because I’m likewise love-struck, but I’m ready to draw the line with strawberry shortcake.

What do crust and strawberry shortcake have in common? Nothing, and that’s my point. Little girls don’t play with Strawberry Crust dolls, and the American classic calls for cake, not crust. But as sad as it may sound, Kevin grew up with strawberries & crust—pieces of pie crust, cream and strawberries (puréed strawberries, no less! But that’s another tragic tale)—so he’s resisted my attempts at cake conversion. He’s a man who knows what he likes, so up until now, it’s been crust or bust.

I was too tired to make an argument for shortcake biscuits or angel food cake when Kevin came home on Saturday with strawberries and a plea for his favorite. But because I was feeling too lazy to make my traditional pie crust, I made the mistake (or was it an unbeknownst act of genius?) of trying a speedy crust in a Better Homes and Gardens cookbook. Rather than cutting in butter or shortening, you use an equal amount of vegetable oil: simply plop all the ingredients into a bowl, stir (gently) until it begins to hold together, and roll. I gave it a go. 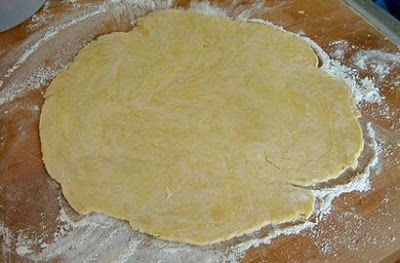 The dough looked promising; it came together in seconds, rolled well, and was easy to handle. I cut it into triangles, brushed with butter and sprinkled with sugar (for more flavor), then slid it into the oven for a quick bake. Pulling the baking sheet from the oven 18 minutes later, I felt a rush of success: the pieces were golden, and when I snapped off a point, it seemed crisp and flaky.

But this was a prime example of the proof of the pudding being in the eating, because the crust was a pastry abomination. The first bite was punishment: tough and tasteless. Fearing dental damage, we tried shoving a few cream-laden shards into the sides of our mouths, letting our molars do the heavy grinding. It was hopeless. We salvaged the strawberries and cream, then tipped the crusty bits into the trash.

It was then that Kevin uttered the words I’ve been waiting years to hear: “Would you mind making your shortcake biscuits?” 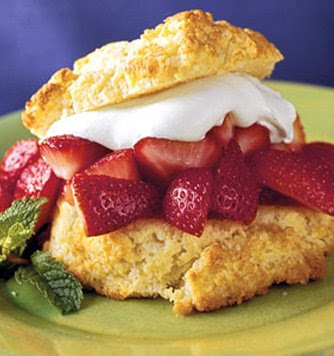 I didn’t have to develop this recipe on the spot; it’s a variation on one I’ve developed for my upcoming book, Enlightened Cakes. The leftover biscuits make excellent scones for morning coffee; they also freeze well for future desserts.

In a large bowl toss half of the strawberries with 2 tablespoons sugar and let stand 5 minutes. Gently press strawberries with potato masher to help release their juices, being careful not to crush them to a pulp. Stir in the remaining strawberries. Let stand at room temperature, stirring occasionally, 45 minutes to 1 hour.

Turn dough out onto a lightly floured surface. Knead lightly 4 times. Pat dough to a 1/2-inch thickness, then cut with a 3-inch biscuit cutter to form 8 dough rounds. Place dough rounds 2 inches apart on prepared cookie sheet. Whisk the water and egg white with a fork in a small cup, then brush over dough rounds. Sprinkle evenly with 1 tablespoon of remaining sugar.

Bake 12-13 minutes or until golden. Remove from oven and use a spatula to transfer biscuits to a wire rack. Cool completely.

In a medium bowl, lightly whip the cream and remaining tablespoon sugar with electric mixer until soft peaks form.

Using a serrated knife, cut each shortcake in half horizontally. Spoon 1/2 cup strawberry mixture over bottom half of each shortcake. Top each serving with a generous tablespoonful of whipped cream and top half of shortcake. Makes 8 servings (serving size: 1 filled shortcake) 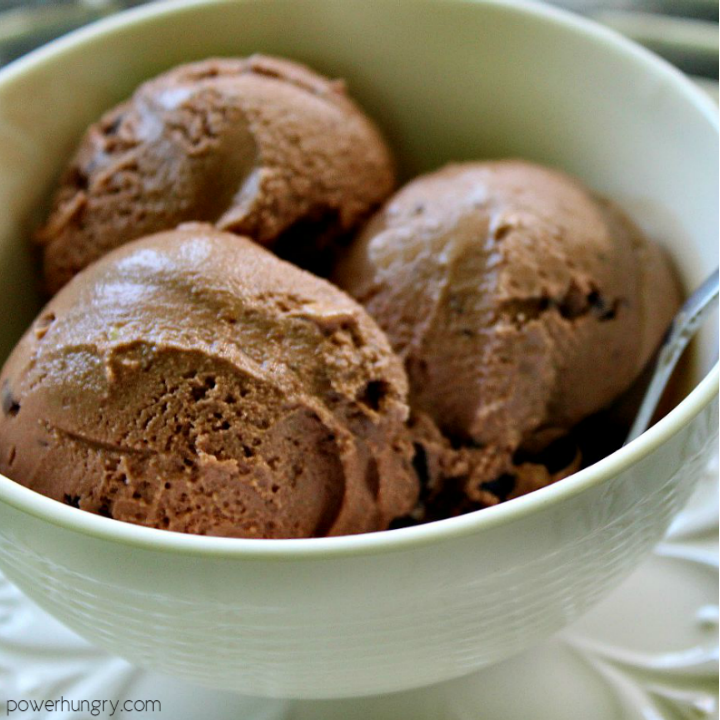 I don't know about strawberries & crust being an "Arkansas thing" as much as a "Nanny (Ma-Maw) thing!" She always made them that way.

Hey Birdget! It's wonderful to hear from you, and pleased to know you stumbled across my blog. I hope the family is well--say hi to Tanya and Billy for me!

Ok, you're going to have to let me know: is crust and strawberries an Arkansas thing? Kevin thought the shortcake biscuits were wierd the first time I made them for him years ago, he thought strawberry shortcake always meant crust.

Have a wonderful weekend!

Camilla! I recently found your blog by way of your website (which my mom sent me on a quest to find) I must say I, too, am a fan of strawberries and crust even if I am no good at crust myself. I am excited to try some of your recipes!

Julie and Miss Niss! So glad you stopped by for a visit, as well as a comment. I'm right there with you Julie as far as scones and biscuits. When I worked in a coffeehouse years back, it was all I could do to keep from susbsisting on coffee and scones.

Miss Niss, I love the idea of blog-hopping--you've inspired me to do some more exploring!

Hey Merc! Drat about the crust not working out--I was so excited when I talked to you about it on Saturday--but it was just so gross. I'm excited about your impending summer freedom!

Hey Prudy (you now have my favorite nickname): Ugh, I am glad someone else knows the misery of that sorry crust. I think the test kitchen folks at BHG must have had the flu when the tested that one.

Recipegirl: I will be writing about the award you gave me in the next day or so--I'm so flattered, thank you!

Judi: you inspired my post for today (as well as my procrastination of yesterday :) ) I wept at my computer reading about the California strawberries--boo-hoo!

Hiya Allison--I agree completely about the winter strawberries. I especially dislike the hard hulls, it's like chewing on packing material.

Christina: Could you send me your email? I'll send you some thoughts offline re: pilates.

I just found your blog through Cookie Madness. Those look like great biscuits...scones and the like are some of my favorite things to bake. Yeah, definitely no "strawberry crust" dolls around when I was growing up:)