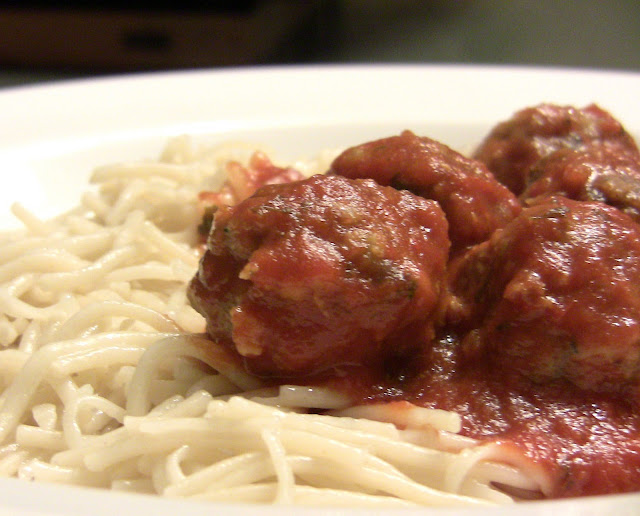 Hooray for fall! After months of blazing heat, suffocating humidity, and malevolent mosquitoes, East Texas is, virtually overnight, a tranquil haven. Praise be! Post-church, Kevin, Nick and I spent most of the day outdoors, wandering through the woods, riding bikes, and blowing bubbles.

The cooler weather has reinvigorated my cooking, too. I’ve been meaning to do some experimenting with TVP (texturized vegetable protein), and today felt like the day to do it. 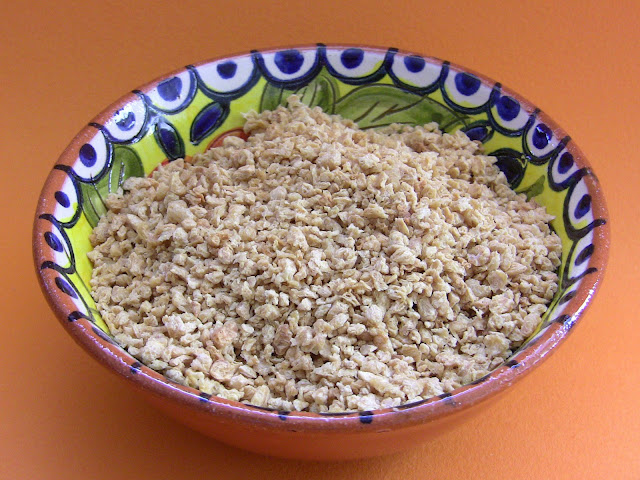 I bought several bags of TVP a few months ago, specifically because Kevin is so protein-oriented; I wanted to figure out some more high-protein, nutritious snacks for him, as well as me and Nicky, that do not involve artificially flavored protein powders and the like. Kevin looked less than thrilled when he unpacked it (I think the name has something to do with it–TVP and TP are a mere letter away), but conceded to give it a try. TVP is so inexpensive and has a fantastic nutrition profile: $2.49 per lb (that’s about 4-2/3 cups) from the bulk food section, and 1/4 cup has 80 calories, 0g fat, 4 grams dietary fiber, 15% of daily intake iron, and a whopping 12 grams of protein.

But none of that spells delicious, so I set to work to add flavor and more flavor. Meatballs were a natural choice for a first-time TVP experiment. Who doesn’t love a meatball? They are great for making ahead and freezing, too.

I looked up about half a dozen recipes for TVP meatballs for a starting point, but quickly decided to take things in my own direction, mostly because very recipe I found had raw flour added to it.
Yuck. Who wants a meatball of any variety with flour in it? Not I. Instead, I approached my TVP meatballs in much the same way as I would any meatball: lots of flavor from herbs and spices, a bit of say sauce for umami, a binder (eggs or flaxmeal “eggs” to make it vegan), and most importantly, salt (without it, both meat and TVP are terrible).

The first step is reconstituting the TVP. It’s simple: just add hot water, stir, and let sit for about 10 minutes. The resulting texture is light and fluffy, and has a delicious, nutty aroma (I am so going to develop a power bar with TVP next). 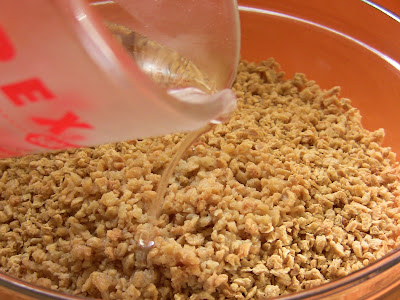 Next, the aromatics. I used onion, garlic, oregano, and cumin, as well as a generous handful of fresh basil. You could use cilantro or flat leaf parsley to vary the flavor, but the fresh basil flavor is exceptional. I sauteed the aromatics in olive oil. Don;t cut back on the olive oil–you need it to help bind the balls (I will not google that phrase!), and the olive oil adds a lot of flavor.

Every recipe I found for TVP meatballs gave instruction to simply mix the TVP with the other ingredients and press together into balls. I cannot imagine this working, even with added flour, and I noted that reviewers for such recipes noted that their balls crumbled. 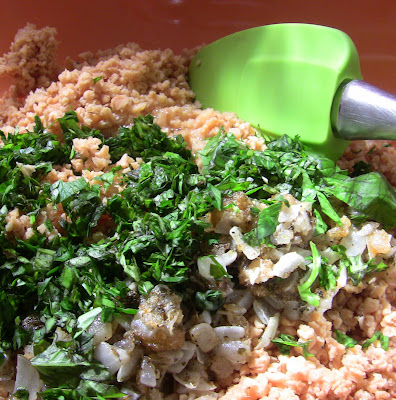 So I put everything in a food processor instead, processing until it started to come together. It still had plenty of texture, and it was a breeze to form into balls. 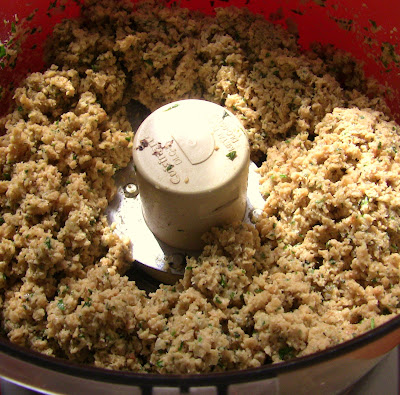 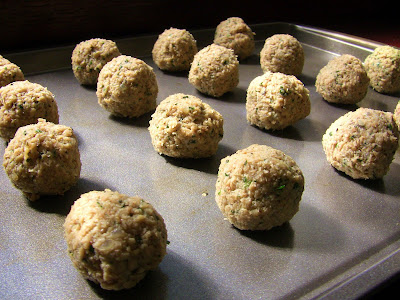 Last, instead of frying the meatballs, I used the same method I do for meat meatballs: I baked them. 375F for 15 to 20 minutes and they were golden, firm, and, pardon me for bragging, absolutely, undeniably scrumptious!!!! Kevin has yet to taste them, but I served them to Nick for dinner, along with some warm marinara to coat and cut spaghetti on the side. As I walked back to the kitchen, Nick yelled, “Mommy, these are DELICIOUS!!!”

You will love these! 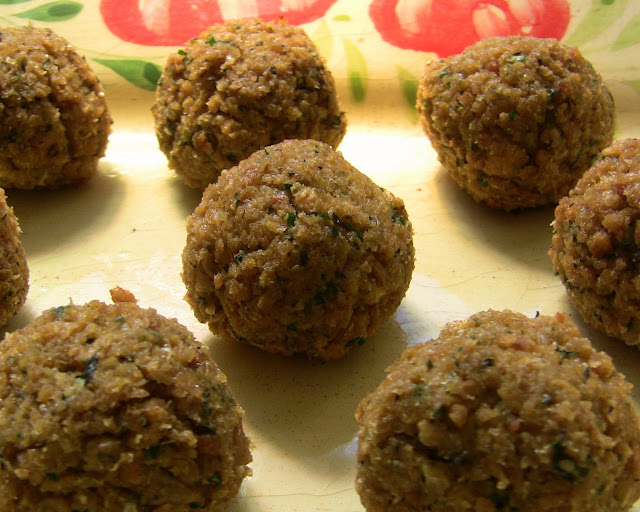 Use as a replacement for meat meatballs in the favorite recipe of your choice, or just eat plain as a snack–yum!

Flax Egg: To make the equivalent of two eggs, process 1/2 cup water with 3 tbsp ground flaxseeds (flaxseed meal) in a blender for 1 minute or until thickened and frothy.

Storage: Cool meatballs completely then place in heavy duty zipper top bags. Store in refrigerator for 3 to 4 days, or freeze for up to 2 months.