Overnight brown rice porridge (made in a slow cooker) is an easy, delicious way to up your whole grains game first thing in the morning! It has everything you need to refuel after an early morning run or power you through a long day ahead! 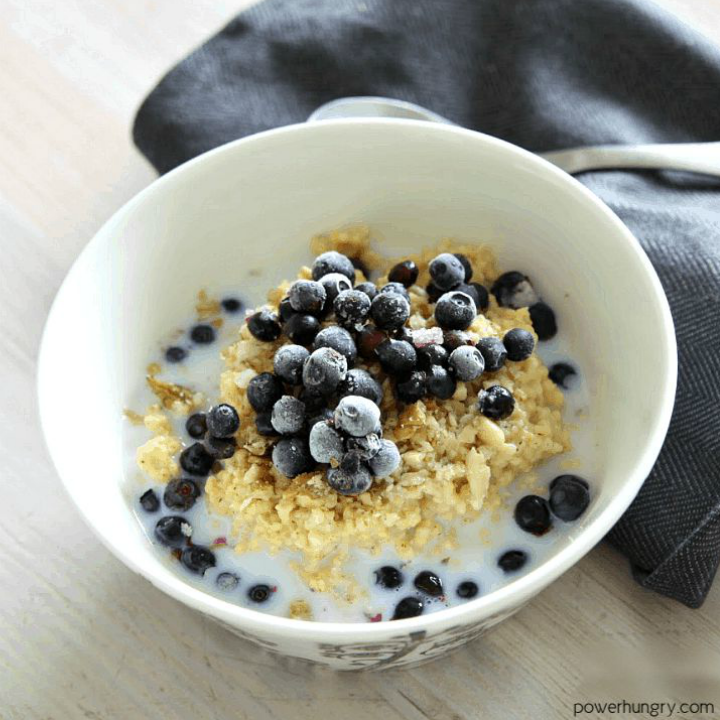 I rarely forget about food, but I do forget about foods. I’m prone to obsess over particular ingredients, using them with reckless abandon (until Kevin begins to revolt). Then I ditch my darling (the ingredient, not the husband) and move along to my next favorite thing.

So as I thumbed through some health magazines at the doctor’s office the other morning, I was reminded of one of my favorites: brown rice. Specifically, brown rice for breakfast.

The article was about the benefits of brown rice (especially as an easy, healthier alternative to white rice), and mentioned eating leftover brown rice for breakfast with a drizzle of milk and a sprinkle of brown sugar.

My mom was a staunch brown rice believer. I am not sure I ate white rice until my first trip to a Chinese restaurant (where I wondered why the rice was so tasteless). She did not have to convince me, or my siblings, to like it–we did, because it was so tasty (nutty and fragrant).

Mom served brown rice at dinner time, and in rice salads for picnics. But brown rice for brekfast? Yum! Why had I not thought of this before?

What is Brown Rice? 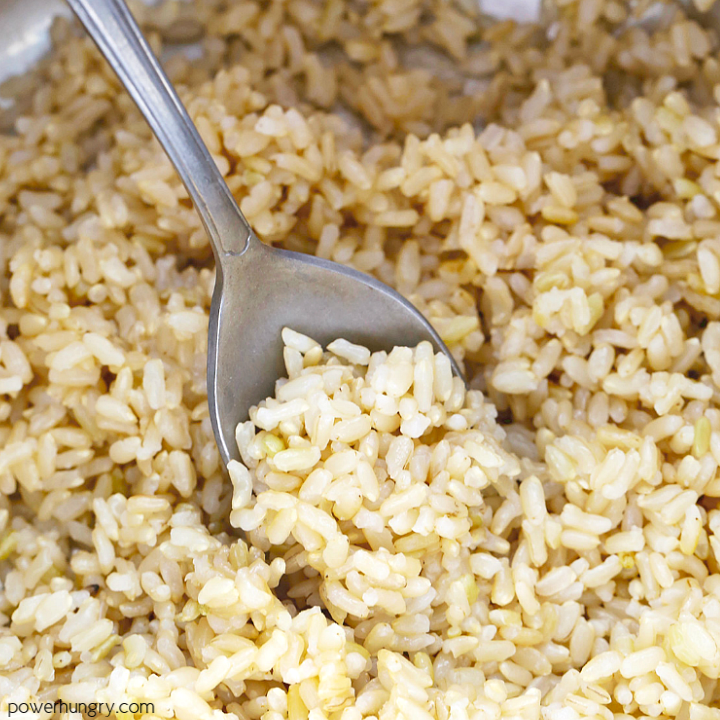 Brown rice is such a healthy (an inexpensive) option to keep on hand, for any meal of the day. It is a whole grain, meaning that it contains three parts of the grain kernel: the outer, fiber-filled layer called the bran, the nutrient-rich core called the germ, and the starchy middle layer called the endosperm.

White rice, by contrast, is a refined grain, meaning that the bran and the germ have been removed, including much of the fiber and nutrients.

What are the Benefits of Brown Rice?

Since brown rice is a fiber rich whole grain, it keeps you feeling full, much longer than if you ate an equivalent amount of a refined grain like white rice. The fiber is also excellent for overall gut health.

Brown rice has multiple minerals and vitamins, too, including the following:

Perhaps the one checkmark against brown rice is that it can take upwards of an hour to cook, depending on the grain length. Not exactly the friendliest option for the weekday morning scramble.

But I have a solution! Pull out that slow cooker at the back of the cupboard. Let it do all of the work while you sleep, and then wake up to a warming breakfast the next day! It’s like having your own personal spa chef.

So, here’s how easy it is to make this healthy bowl of yum:

Stir together everything (uncooked brown rice, water, nondairy milk of your choosing, some coconut sugar and a bit of salt) in the crockpot, set to low, cover, and forget about it for the next 8 hours

Come morning, remove the lid and give the porridge a rigorous. The porridge will look somewhat thin upon first gaze, but not to worry: the stirring will further break down the rice and release it’s starches. thickening all.

Stir in some vanilla and flaxseed meal (the latter will also thicken the porridge, as well as add some healthy omega-3 and omega-6 fatty acids.

Spoon your (almost no effort) work into bowls and top with any and all of your favorite toppings, such as fruit, chocolate, chopped nuts or seeds, and more milk. 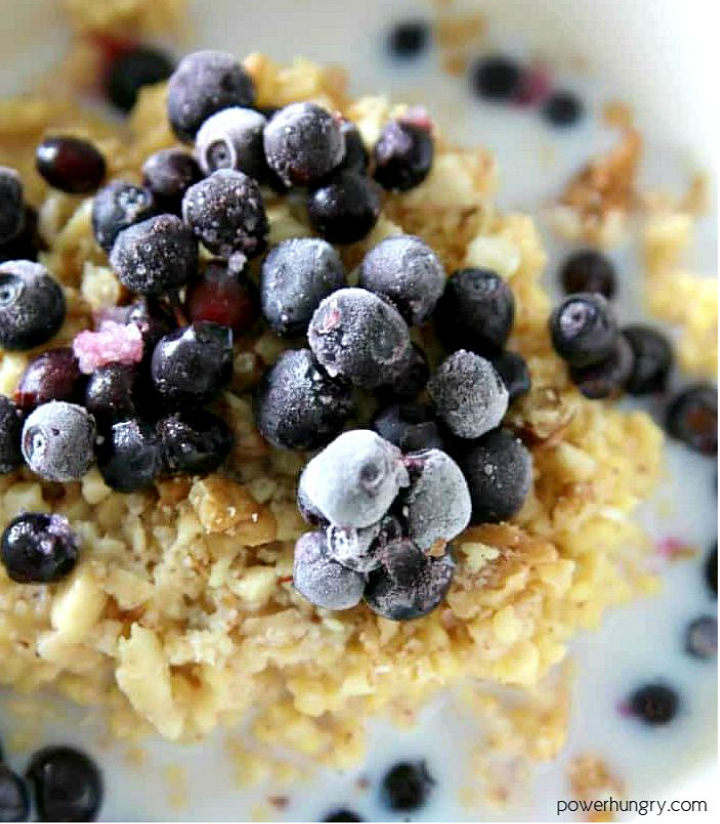 Can I Store and Reheat the Porridge?

Yes, you can cool the porridge and then store it in an airtight container in the refrigerator for about 3 days. It is easy to reheat, in a matter of a minute or two, in the microwave. 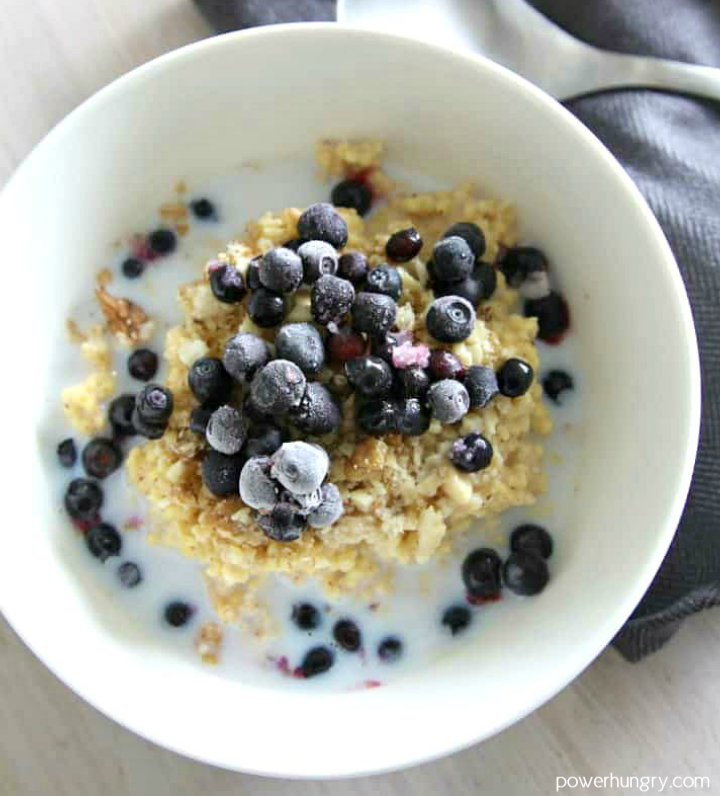 So, on your marks, get set, and go make some soul-satisfying, nourishing porridge with almost no effort at all!

Storage: Store any leftover (cooled) porridge in an airtight container in the refrigerator for up to 3 days. Re-warm by the bowlful in the microwave,

[…] Overnight Brown Rice Porridge (made in a slow cooker) […]

Love love love this oatmeal! I have been eating this for years, thanks to you, Camilla. This is the ultimate runner's breakfast!!! :)

This oatmeal looks amazing Camilla! I love all the cottage cheese, had never thought of adding it to oatmeal. Yes, will be great after a turbo workout or long run!