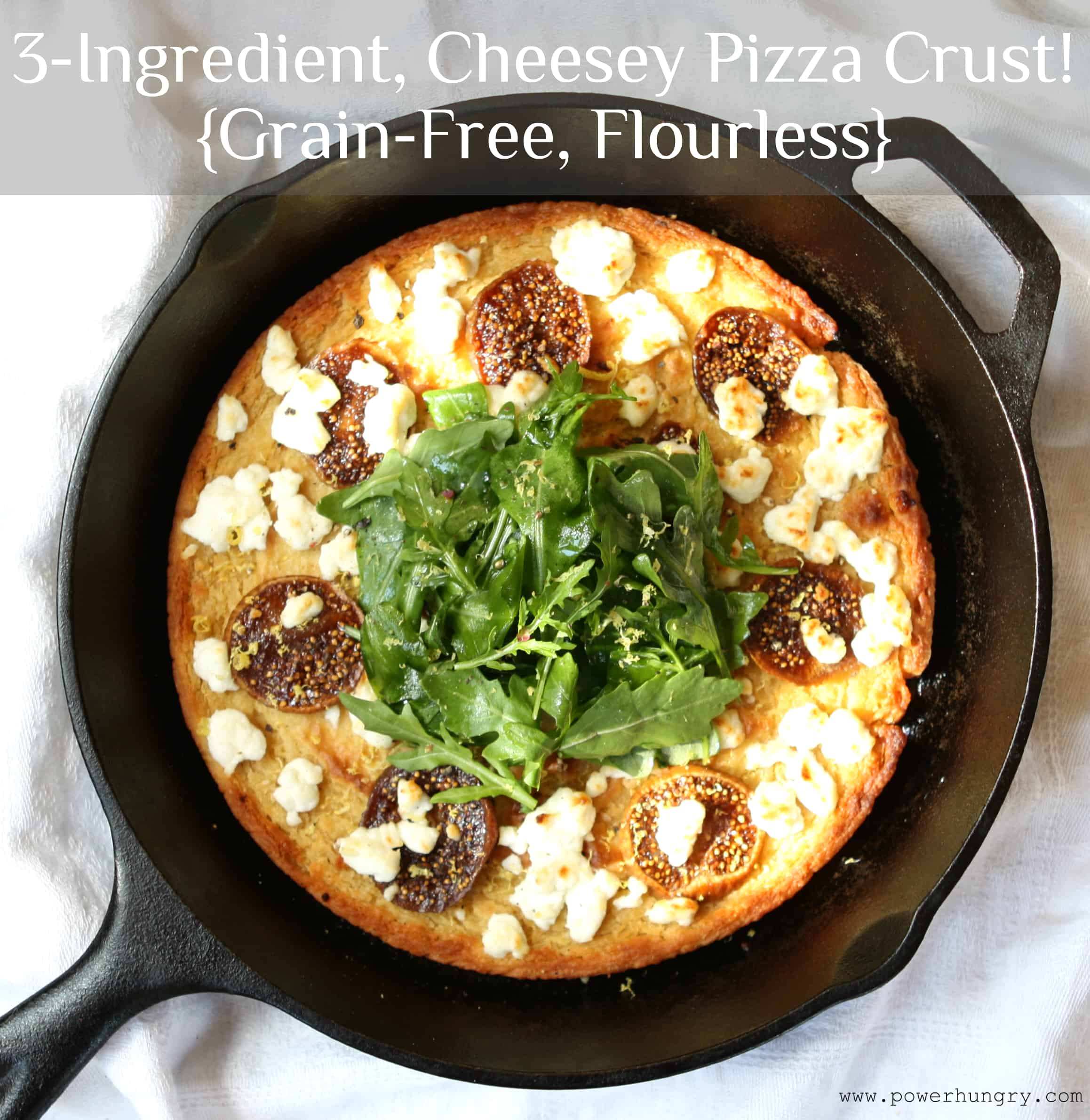 Take a gander at this pretty pizza. It has a very special crust that is easy as can be to make comes together with a mere three ingredients. Yes, three  (I am refusing to count the salt, pepper, and smidge of oil used to grease the skillet). Moreover, not one of the three is flour or grains. This is the kind of food I am in love with right now. Easy to make, minimalist, full of flavor, and versatile.

Cauliflower is the foundation of the crust, held fast with an egg and a cup of cheese. I am partial to using whatever the heck happens to be in the refrigerator. You can spike or season it with anything you like, and, once the crust is almost completely baked (look for a strong golden-brown color) spread, sprinkle or spread with whatever you have on hand for the toppings.

I make the crust in a cast iron skillet because I like the it renders especially crisp edges. The trick is to place the skillet in the oven as the latter preheats; when the crust mixture hits the hot iron, you hear the sizzle that ensures crispiness into another 20 to 30 minutes. No cast iron skillet? No worries. You can spread the crust “dough” onto a baking sheet (aim for a roughly 9-inch circle or square) or into a 9-inch casserole pan or baking dish. This is not a precious recipe; it will work in whatever you’ve got. Keep in mind that it will take a bit longer for the crust to achieve a golden brown color if you are using something other than a heated cast-iron skillet. Beyond that, it is fuss-free all the way.

This recipe falls into  the “100% worth your efforts” category. Enjoy!

P.S. If you are curious about my topping in the photo they are as follows: crumbled goat cheese and sliced dried (but very moist) figs. Just before serving, I topped all with arugula (that had been tossed with olive oil, lemon juice and lemon zest). Nom nom nom! 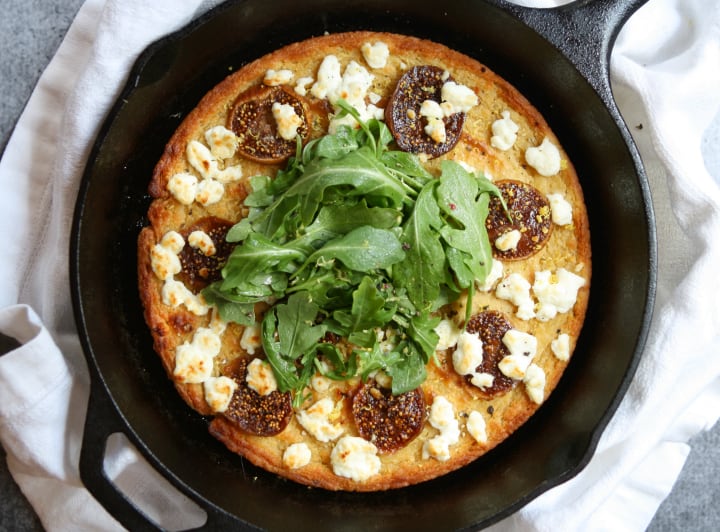