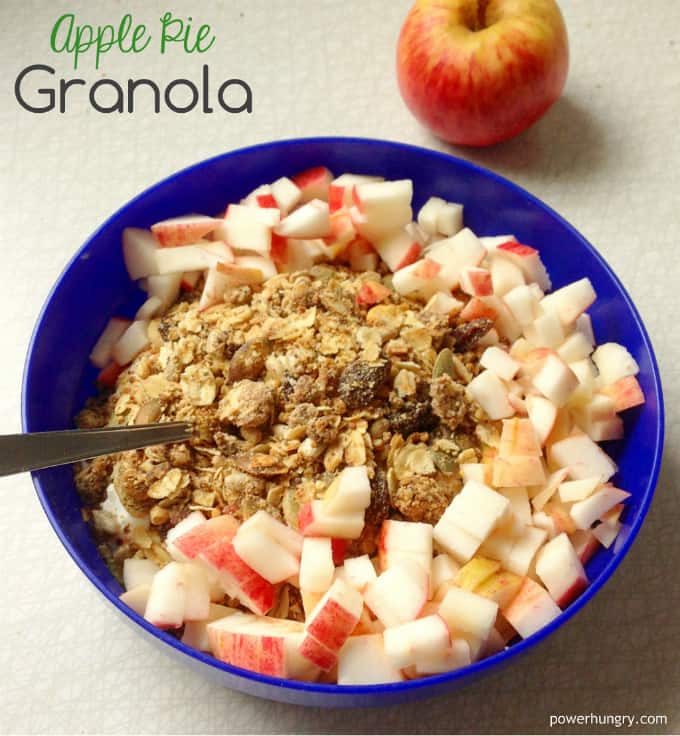 If I became a superhero, I would be The Muncher. I would defeat crime and keep citizens safe from evil by munching my way through, well everything. I have not worked out all of the particulars of how (or why) this might work (beyond an extra-powerful jaw, and perhaps the addition of a power gizzard), but considering my talent for munching, I am certain it could.

If you share my predilection for munching, may I suggest making my apple pie granola? I know, I know, you likely have a pinterest board of 50 granola recipes already, but this one has the advantage of being in front of you, right now. The flavors–cinnamon, nutmeg, maple syrup, vanilla, apple juice– are spot-on “apple pie,” and who’s not thinking about/craving pie right now? Plus, making it is a simple process of stir & bake.

I love this granola in a bowl with some milk and chopped apples, but I like munching it throughout the day best. Sometimes I’ll add some chopped dried apples to up the apple pie ante, or do a mix of dried apples and dried cherries or cranberries (hello, autumn). A small handful of this granola can satisfy monumental, mid-morning hunger and is perfect for a later-afternoon, pre-workout refuel, too. 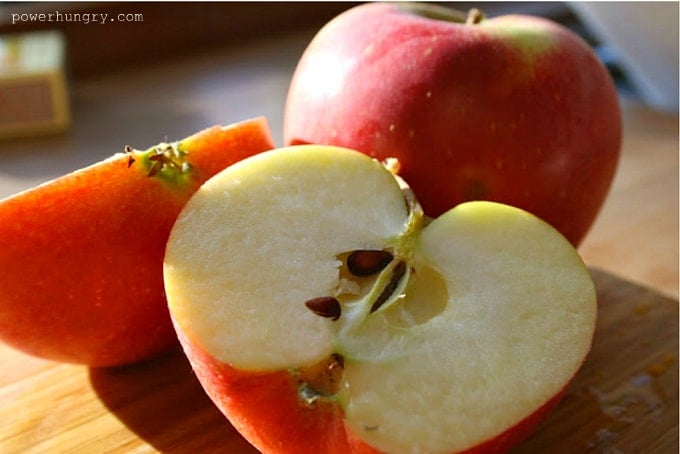 Oil options: An equal amount of vegetable oil, olive oil, melted butter or melted ghee can be used in place of the coconut oil.