Forget about grains and make a batch of my blueberry chickpea flour no-cornbread instead! It is vegan, grain-free, and gluten-free! 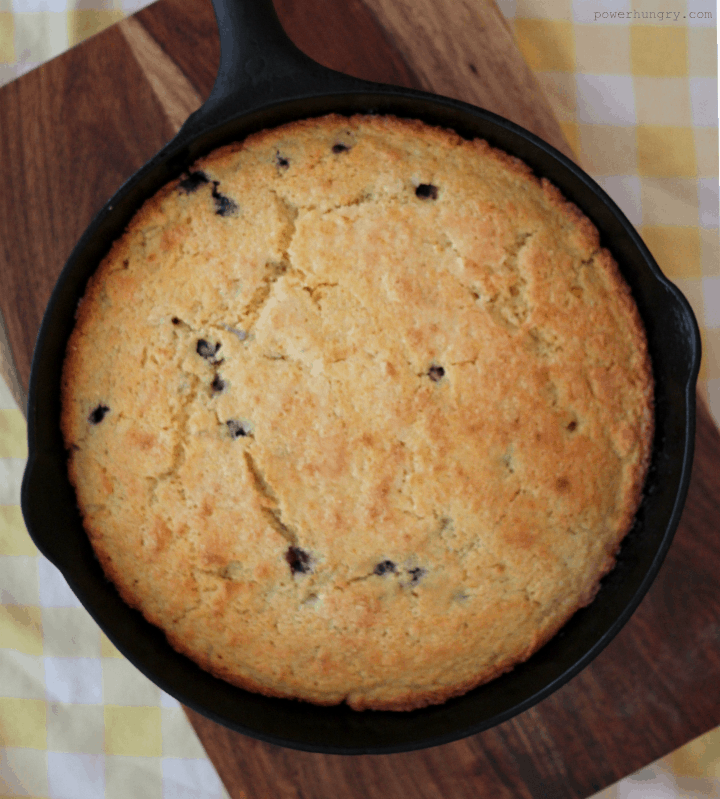 Eek! Ack! I have no idea how it is the Monday before Thanksgiving, and yet the calendar insists it is so.

I have a terrible habit of posting holiday-themed recipes AFTER the holiday, but not this time! The posts in the next few days will be brief, true, but chock full of delicious eats all the same.

First up, my Blueberry Not-Cornbread. 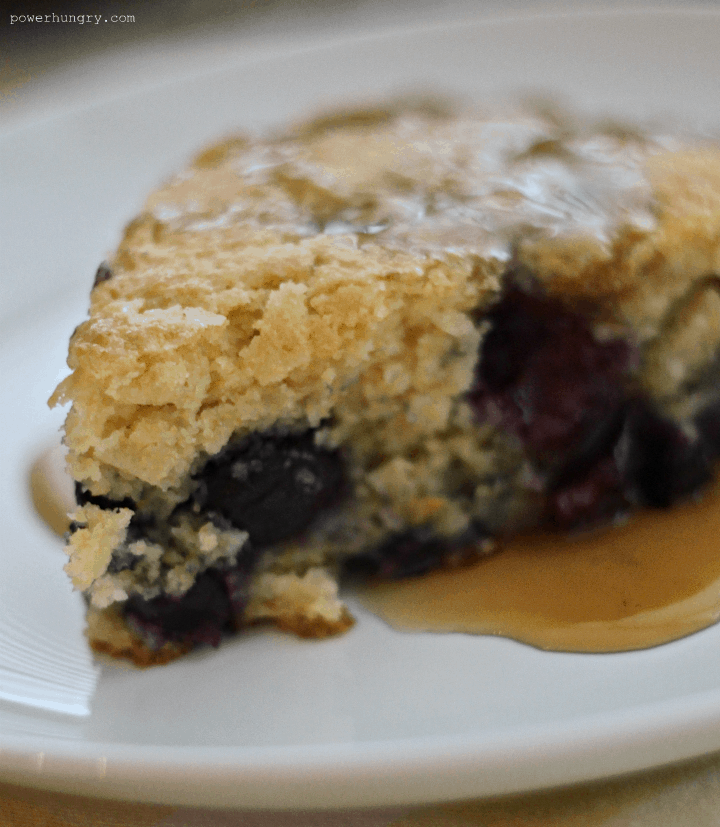 This is a riff on the Not-Cornbread recipe from my new book, The Chickpea Flour Cookbook. It tastes like cornbread, but it is free of corn, grains, and gluten. I was working on a recipe idea for the book (verdict: fail!), but what I ended up with was something unexpected and so much better: a newfangled, but still easy way to make “cornbread” sans corn.

My husband and son confirmed my initial, corny impressions of my (delightfully) wayward experiment. While the bread was cooling,  they walked into the kitchen and exclaimed “cornbread!”

I confess, my husband tasted the difference when he took a nibble (he is a Southerner, after all) but said it was very close (so much so that he was initially incredulous when I told him it was free of corn). Nick, however, was none the wiser, and gobbled his buttered piece of not-cornbread in seconds.

I’ve given variation tips for making the plain version, but this blueberry version, with a hint of sweet from maple syrup, is pretty special. Eat it out of hand, or serve a wedge for breakfast with some extra maplesyrup drizzled over the top. 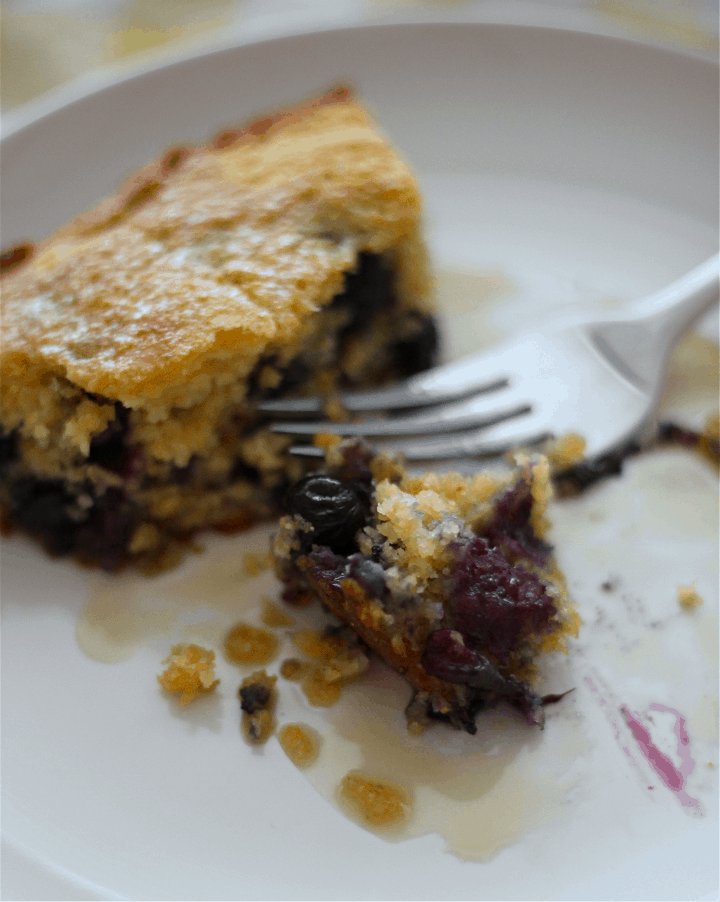 Can I substitute the pumpkin purée for apple sauce?

Hi Lisbeth, I think that will work fine. A little lighter in color (pumpkin lends it a yellower color), but overall, should be similar overall :)

I live in the Netherlands and we don’t have pumpkin purée. What can I use instead of that? Hope to hear from you soon, can’t wait to bake!

Hi Liesbeth! You could use sweet potato or winter squash puree, or unsweetened applesauce :)

Made these and was so pleased! Came out really good,and surprisingly moist. It was easy and had all the ingredients already. So happy to find this recipe, will be a go to for sure! Thanks!!

So happy to hear it, Roxanne!

Hi, I've baked this without the blueberries and it was so lovely :). I wanted to try it with blueberries this time, but I don't have any pumpkin puree :(. I was wondering if I could use butternut squash instead?

OMG....I just made this recipe using flax eggs instead of real eggs - delicious! This is a keeper! Thank you so much!