Gluten-free tabbouleh, baked into portable, muffin tin “bites.” They are easy-to-make, vegan, gluten-free and perfect for packed lunches and snacks. We have had a fairly cool May here in Texas, but that still means high 70s and 80s. But this weekend, the heat and humidity decided it was time to ratchet everything up. So, despite Memorial Day being more than a week away, it is safe to say that it is officially summer here in the Lone Star state.

So I made my first tabbouleh of the season.

And then I made it into an on-the-go baked “muffins.” 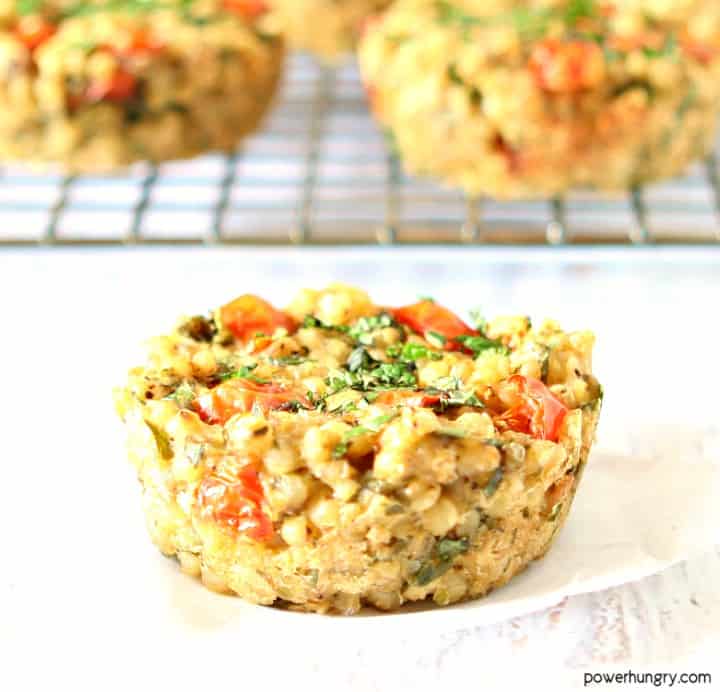 Everyone has their touchstone dishes that symbolize changes in the season, and for me, it has long been tabbouleh. My mother had several versions of  her own, but tabbouleh was something I didn’t start started making on my own until I was living on my own in graduate school. Part of the reason was cost: I could buy bulgur from the local Co-op, and then load up on seasonal herbs and tomatoes at the farmers market for a song. It would last for days, and seemed to become even more delicious as the days passed (or, perhaps it was the joy of not having to cook in the heat that made it taste so darn good).

For the past few years, I’ve eschewed bulgur in favor of gluten-free ancient grains, such as quinoa, millet, amaranth, or sorghum. And given my success in making some scrumptious brown rice pucks, I decided to throw caution to the wind and see if a tabbouleh puck would work. Grains salads are portable, true, but why not by-pass cleaning up containers? Wouldn;t it be wonderful–for picnics, lunches and snacks–to have a handheld version?

Sorry, this is how my brain works.

I stuck with essential ingredients–tomatoes, parsley (lots!), mint (also, lots!),and  cooked grains (I opted for sorghum). A chickpea flour binding made perfect sense since chickpeas are so fundamental to Middle Eastern cooking. 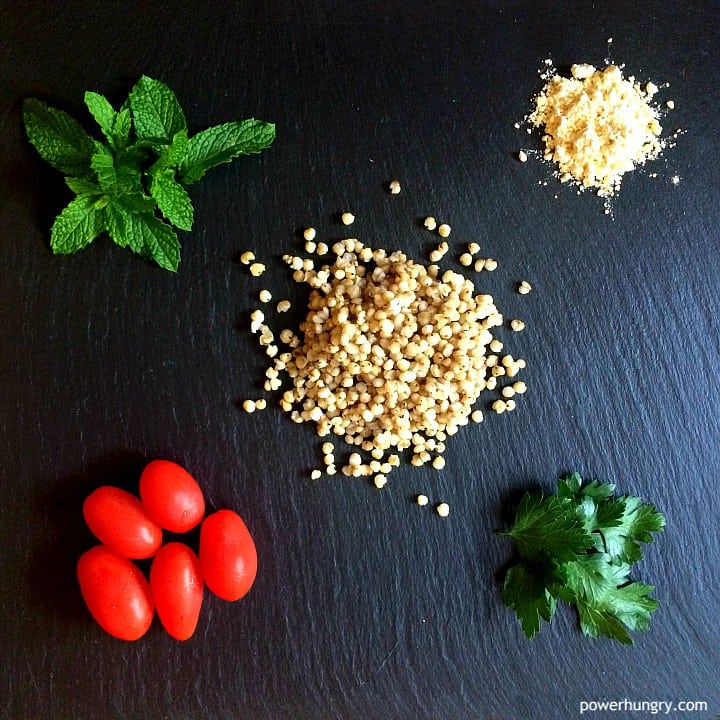 I chopped, I mixed, I baked.

And these beauties are the result: 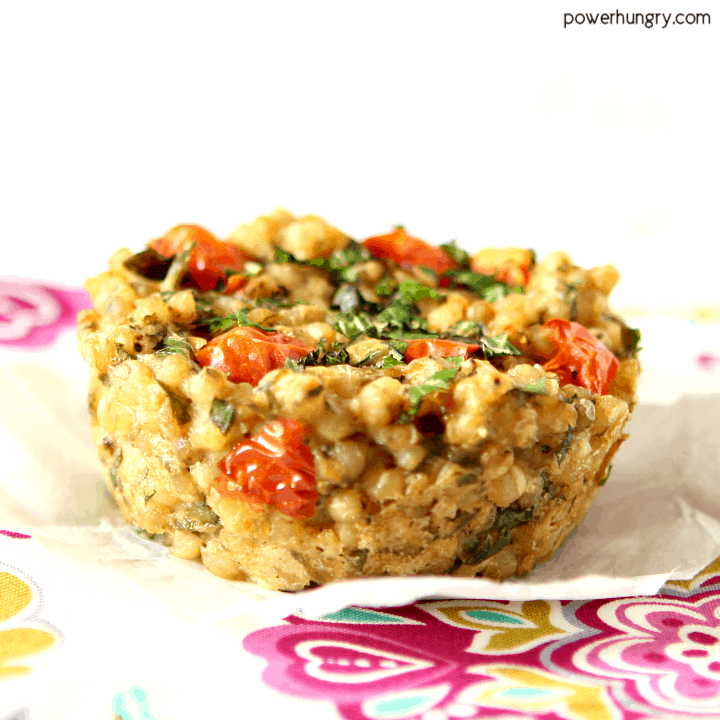 Wow. And wow again. Tabbouleh pucks are ridiculously good. The chickpea flour binding (rich with plenty of essential tabbouleh elements, namely lemon juice and zest, olive oil, cumin) adds depth of flavor without taking away from the fundamental qualities of a great tabbouleh. At only 104 calories per puck, these are one of the most satisfying savory snacks I’ve made to date. Of course, they are loaded with empowering nutrition, too. Storage: Store the tabbouleh muffin bites in an airtight container in the refrigerator for 5 days or freeze for up to 1 month.

I made these with leftover quinoa for me and my husband. They are fantastic! I did not have mint so I doubled the amount of flat leaf parsley and added 1/2 tsp dried mint. Thank you for the great recipe, Camilla