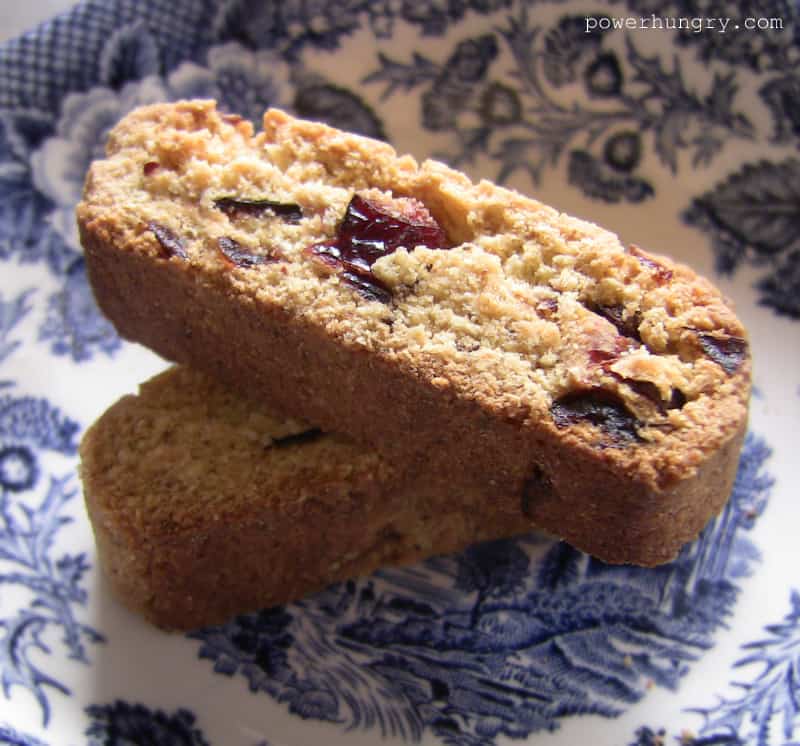 These beauties taste just like the flour versions, but… better. I like  biscotti to have  good crunch, but I’ve never been  a fan of the tooth-breakingly hard ones that demand a dunk in coffee before consuming. Nor should they be crumbly cookies loaded with butter and sugar. I’m Goldilocks in all matters biscotti: not too hard, not soft, but just right.

These are just that. 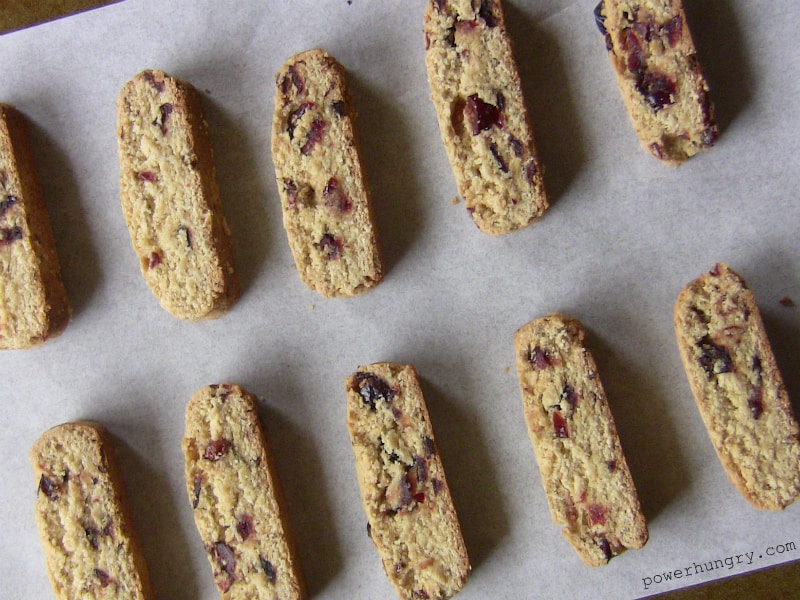 The recipe has my same trusty combination of coconut flour, chickpea flour and potato starch as the grain-free vegan cupcakes posted yesterday. I made several renditions of the basic recipe without any vegan egg binder, with the same result each time: the biscotti looked great up until the baked log stage, but subsequently feel to pieces when I attempted to cut (even after cooling completely overnight).

Next came flax egg renditions: again,  fail. Granted they held together a tiny bit more than without, but not much. Plus, they started to taste gritty when I added too much flax. Nix on gritty biscotti!

Once again, the addition of psyllium husk did the trick! They have a pleasant crunch that will hold up in dunking, but they are tender enough to savor solo. Like other biscotti recipes, you can flavor these in any which way to your palate’s content: zests, extracts, spices, chocolate chips or seeds in place of the fruit, you name it.

These are great travelers, even in my running pack 🙂 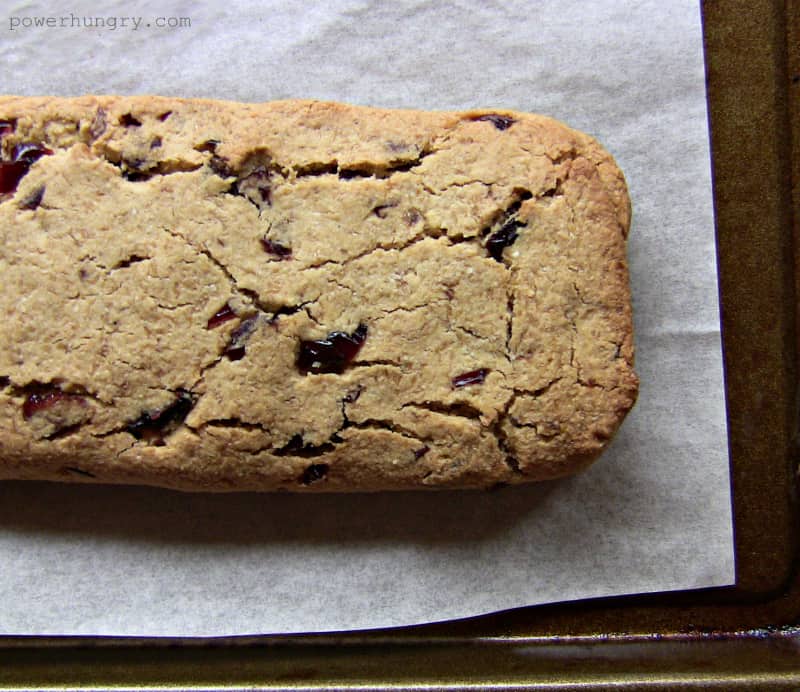 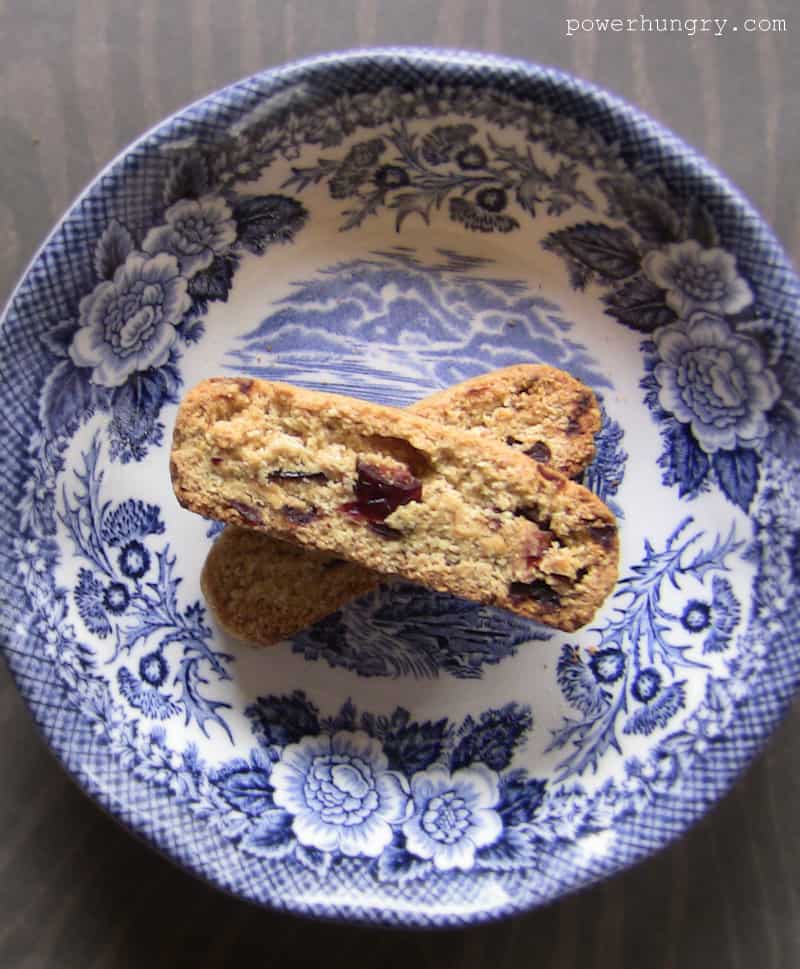 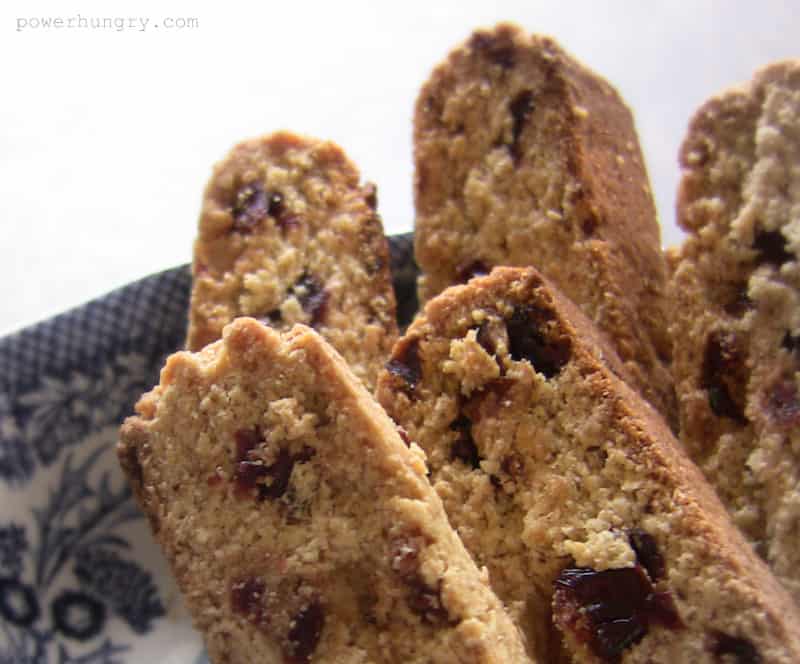 *The biscotti will continue to harden after the second bake, as they cool.

*It took many , many attempts to get these right–I do not suggest making any changes to the ingredients except with the (1) flavorings and add-ins, or (2) the oil (I made a batch with olive oil and they turned out just fine). The psyllium husks, in particular, are critical.