Make a batch of oat almond donut muffins that are healthy, easy, and (you guessed it) taste like cake donuts! They are also vegan, gluten-free & oil-free. 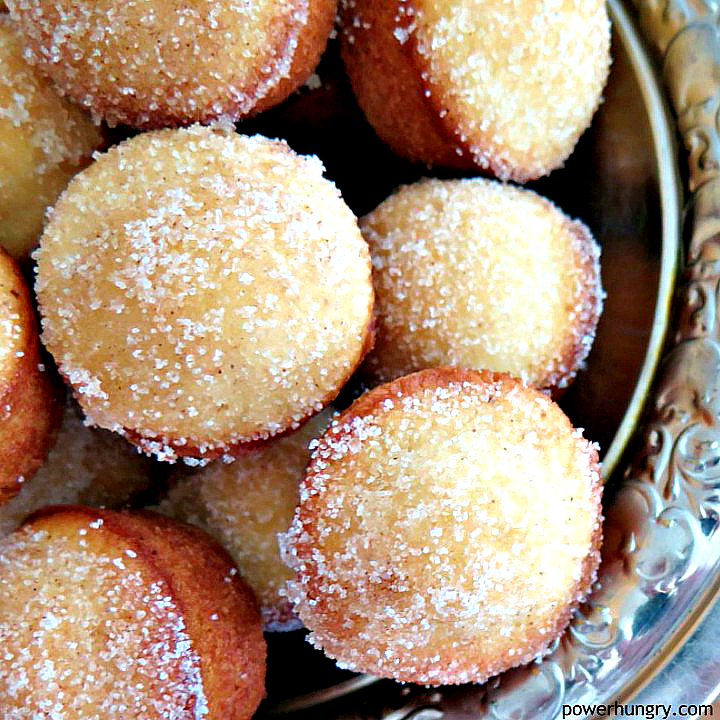 In case you missed the announcement…tomorrow is National Donut Day!

I almost missed it, because… I never heard of it. That is, I never heard about it until a banner appeared in front of one of our local donut shops the other day. I almost missed that, too. However, my eagle-eyed 7-year-old spotted it, and announced it, as soon as we passed by.

I looked it up, and, sure enough, National Donut Day is indeed a thing.  It is celebrated the first Friday of June.

In light of my public service announcement, I had to make something donut inspired to mark the day. Introducing my Oat Almond Donut Muffins! They are healthy and easy to make, but will remind you of vanilla cake donuts. Yippee! 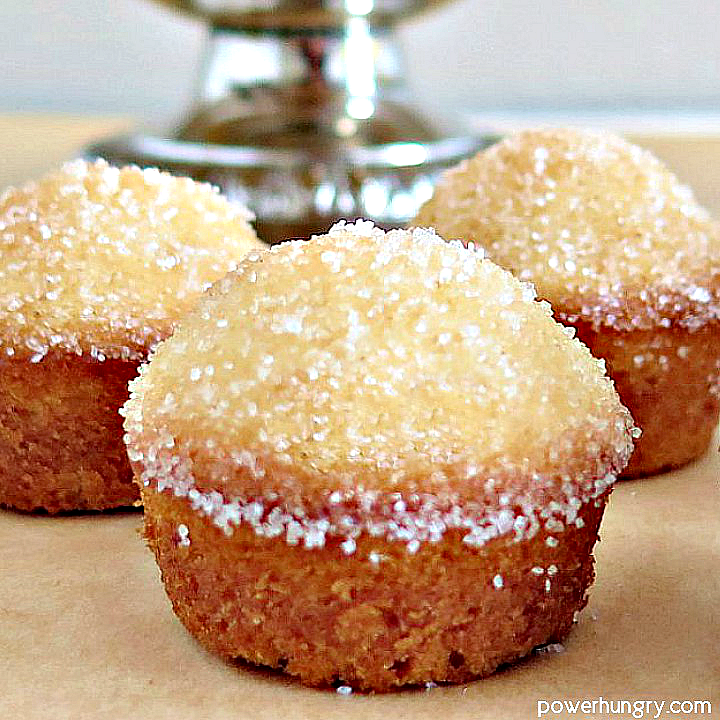 Vegan Donut Muffins made with Oats and Almond Flour

The fat from the almond flour allows you to bypass any added oil without any sacrifice of moistness or tender texture. 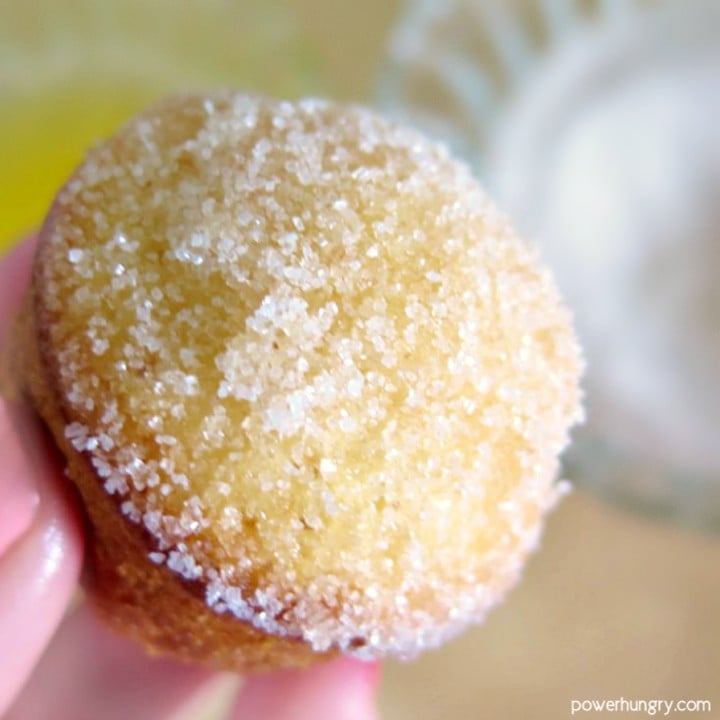 These donut mini muffins were a hit with Nick, but also with me and Kevin. They made me wonder whether donut day should become a monthly event at our house. I’m thinking YES. Cue the sprinkles and chocolate glaze!

Storage: Store the cooled muffins in an airtight container at cool room temperature for 1 day, the refrigerator for 3 days, or the freezer for up to 3 months.

These were easy and yummy. I got 24 out of one standard batch though, so perhaps my mini muffin tin is smaller. It's O.K. though because that just means more deliciousness!! :) The only thing I did differently was to dip the tops in melted vegan butter and then press them into a bit of sugar. My whole family enjoyed them. Thank you.

Hello! Would you be able to tell me approximately how much oat flour I could sub the ground oats with? We loved the flavor of these but my food processors just don't get the oats ground fine enough. I'd love to try them again with oat flour! Thank you!

Camilla, I have been making these for YEARS for my family. I double the recipe (I have a 24-count mini muffin tin). I've added icings, sprinkles, drizzled chocolate, etc. KIds think this is THEIR family donut muffin (they call them baked donut holes) recipe. THANK YOU!

I LOVE cake style donuts and these little muffins did not disappoint. I will try adding a chocolate glaze next time, like you mentioned.

came out great! I added a few mini chocolate chips to the batter.