The best vegan cashew cheesecake is also one of the easiest desserts you can make! No cooking required, it is grain-free, gluten-free, & Paleo, too. 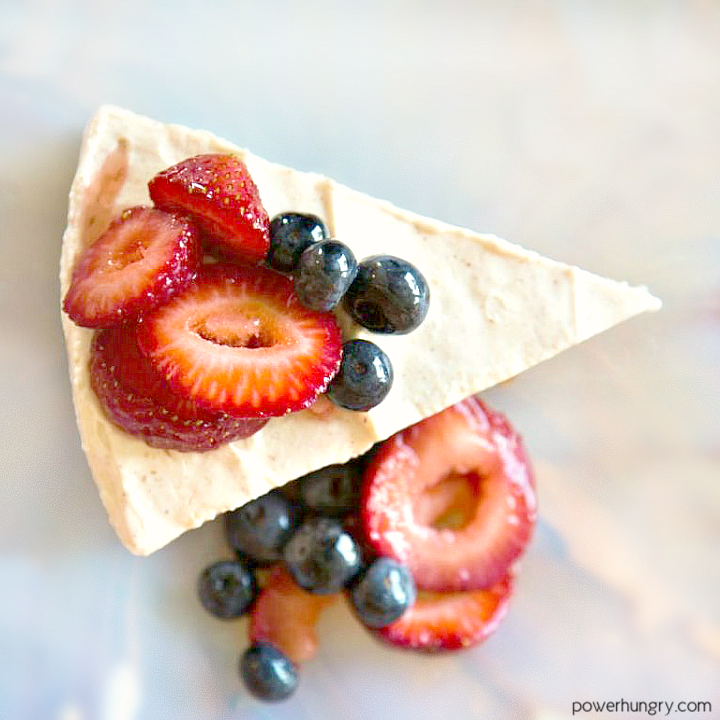 Cheesecake, Made with Neither Eggs nor Dairy

Cheesecake. Vegan. These two things do not go together.

Unless, that is, you blow up the rules for what a cheesecake should be.

For example, that cheesecake should have cheese. And eggs. A graham cracker crust, too.

Sounds impossible, but it is anything but that! My vegan version of cheesecake has none of the above, but it will blow. your. socks. off.

Moreover, by some bizarre alignment of the ingredient gods, the result tastes just like a traditional cheesecake. Lush, velvety, indulgent cheesecake, with the signature tang of the real thing and a decadent crust to boot.

How to Make Vegan Cashew Cheesecake

Are you ready? Let’s get to it!

Before you do anything else, you will need to soak some raw cashews for at least 12 hours, and then drain. Forget to soak the cashews? No problem: simply soak for 15 to 20 minutes in boiling water, and then drain and rinse under cool water. 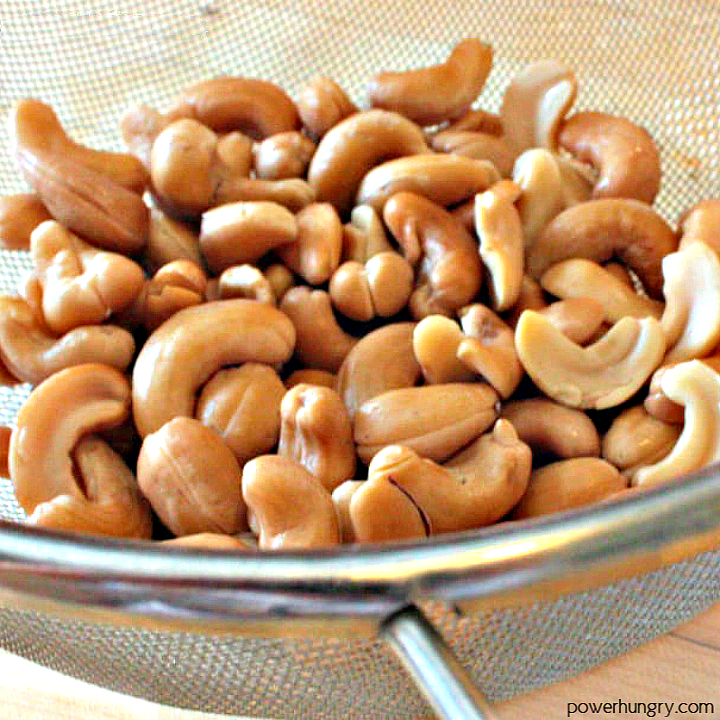 You can find raw cashews at natural foods stores and in the health food section of the grocery store.  Once blended, they will comprise a major portion of the silken filling.

The crust could not be simpler: moist dates, unsweetened flaked coconut, and almonds. Simply pulse in the food processor and then press in the bottom of a springform pan. Done. 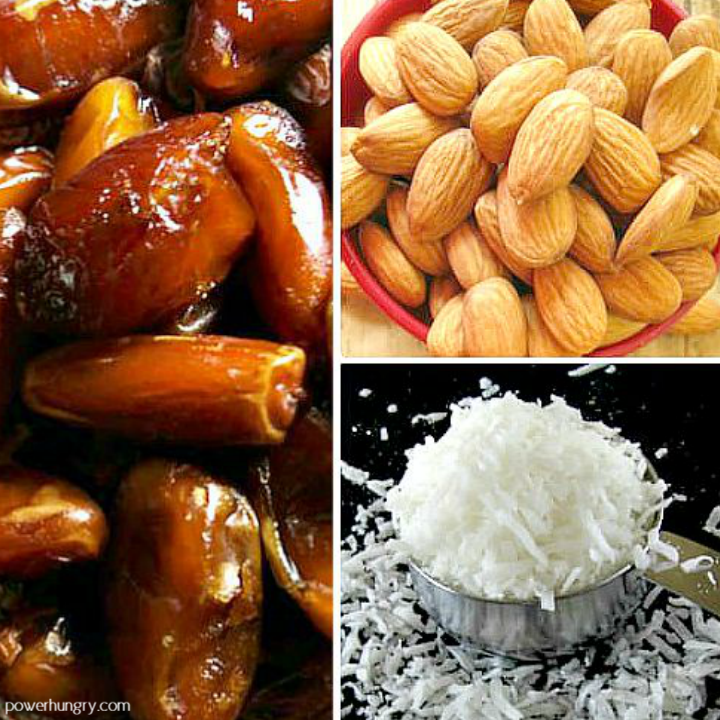 The filling likewise requires no cooking nor baking of any kind, but you will need to blend like crazy. Pulverize the aforementioned soaked cashews with coconut milk, melted coconut oil (this is essential for holding everything together once chilled), lemon juice, and maple syrup, stopping periodically to scrape down the sides; the goal is a perfectly smooth consistency. A high-speed blender works best, but a regular blender will work, too, with plenty of blending.

Now pour the filling into the prepared crust and freeze until set. 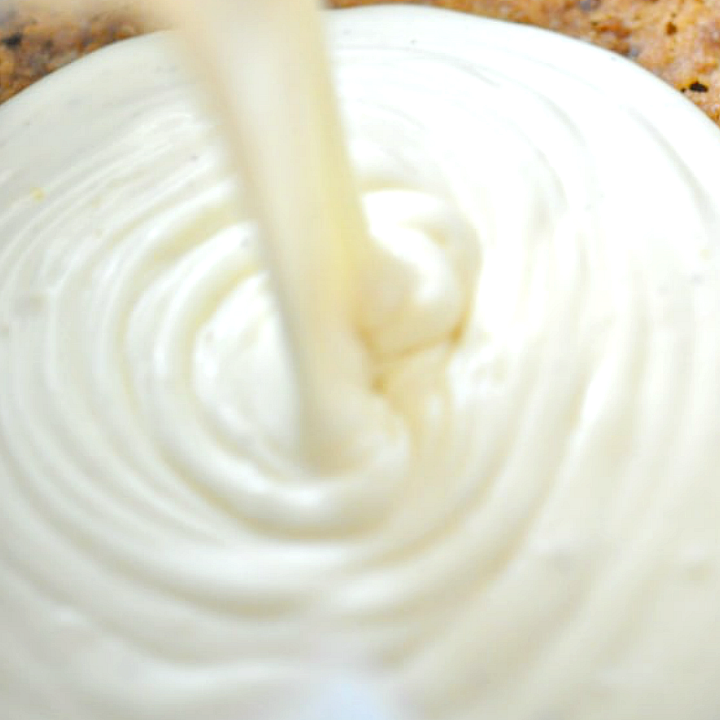 That’s it! Just like any basic cheesecake, you can flavor the filling in countless ways or top the finished cake with fruit (I am a sucker for fresh berries), or perhaps a drizzle of caramel or melted dark chocolate. To cheesecake! 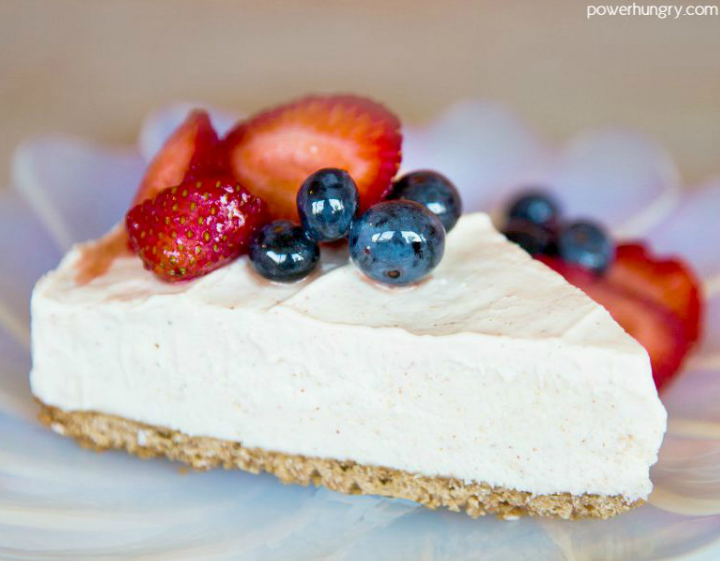 Quick soak for cashews: If you do not have time to soak the cashews overnight, quick soak them! Place in a large bowl and cover with boiling water (enough to cover by an inch/2.5 cm). Let soak for 15 to 20 minutes until very plump, and then drain and rinse under cool water.

Storage: Store the cheesecake, covered, in the refrigerator for up to 3 days.

Hello, I would love to make this recipie but I can't have dates... How can I substitute them?

Hi Bruna! Since they are only used in the crust, you could up the coconut and pecans to 1 cup each (omitting the dates) and add a tablespoon of coconut oil and a tablespoon or two of coconut sugar to your taste.

Alternatively, the cheesecake is also great with no crust (I do it that way a lot; lazy me). And if it's just dates, not other dried fruit, you could use raisins, dried cranberries, or (my favorite) dried apricots in place of the dates.

[…] I don’t mean to be a drama queen, but I nearly fainted when I had my first bite of this. Again, I can thank my S.O. for this one. In a way, it was a sequel to his key lime pie. I helped him make it, so I can attest to how simple it is. It just requires some planning ahead (something that neither my S.O. nor I are very good at, so it’s miracle we pulled this off), since you need to soak the cashews for 12 hours before using them. And don’t think you can just skip this part! It’s crucial to having an impossibly creamy cheesecake. […]

We have made this recipe several times and love it! Thanks so much for sharing.

You are so welcome! So glad you are enjoying it so much!

Sooo yummy, loved it! My family includes vegans, some gluten and lactose intolerance, and those doing the paleo diet. This recipe is a win for all of us!!

Amazing!!! My whole family LOVED this cheesecake! I haven't had cheesecake in over 5 years and felt like I was eating the real thing. My brother who is able able to eat real cheesecake even thought it was amazing and asked for the recipe. The only thing I did different was use the solid part only of the canned coconut milk. I look forward to any excuse to celebrate with this dessert. ☺

I am thrilled to hear that you and the family love this, Nancy!!!