Jumbo chocolate-covered raisin breakfast cookies! They are nutritious, vegan, grain-free and only 114 calories per big cookie. Made in a muffin tin, they easy to make and bake. 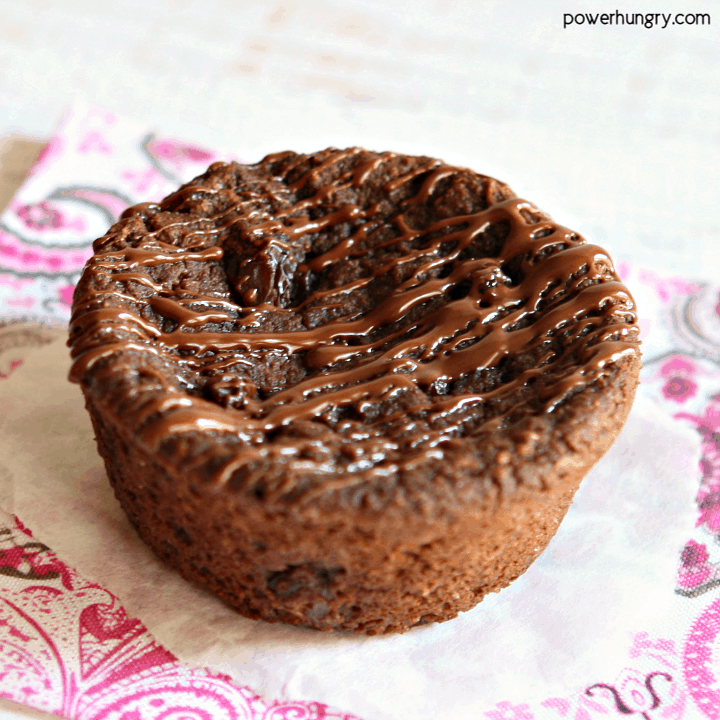 As much as I love yesterday’s raisin recipe, I decided it wasn’t enough. So today, it’s chocolate-covered raisin fun.

A triathlete friend–let’s call him Zeke, because his name is nothing like Zeke–informed me after his first Ironman that he fueled the bike portion of the race with Little Debbie’s oatmeal cream pies. You need to refuel (carb city!) during the bike portion and he believes Little Debbie’s are perfect because, not only are they individually packed, they are also easy to eat while riding AND (here’s the kicker) the squishy texture of the pies confirmed to his body. I am not sure if this made him more aerodynamic, but he sounded pretty excited about this aspect.

I told him I wouldn’t judge.

I also mentioned that I could come up some other options, if he was interested. He was, so I did. He has mentioned his love of chocolate-covered raisins on more than one occasion, so I created these breakfast cookies. 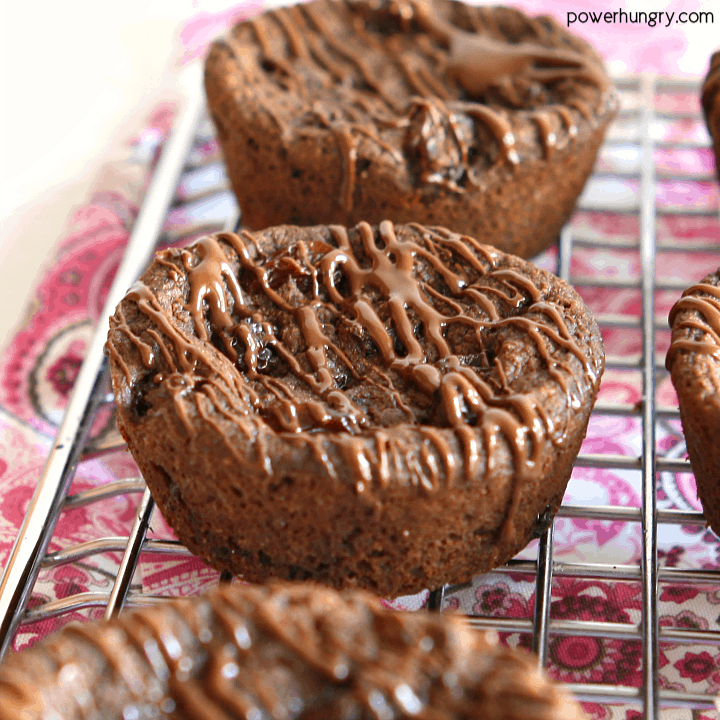 Here’s the thing: you don’t need to participate in triathlons to make and eat these dandies. A love of chocolate works. So does a desire for a health-packed, delicious energy boost–even better, if it goes with coffee– will suffice. Actually, plain old hunger works, too.

The core of the recipe is loosely based on an old-fashioned chocolate cake recipe called wacky cake. Wacky cake comprises a short list of ingredients including flour, cocoa powder, oil, vinegar and water, but no eggs or dairy of any kind. It’s wickedly delicious and already vegan.

I stayed with the water and vinegar, but I slashed the sugar (and used coconut sugar, to boot) and ousted the wheat flour in favor of coconut flour and chickpea flour. I used a small amount of coconut oil–it is instant energy–which adds great moistness, and psyllium husk to add structure.

Good grief, they are amazing. And check out the stats: a mere 114 calories per puck, plus almost 3 grams of fiber, healthy fat and a host of powerful antioxidants (super important for recovery from endurance cardio work) from the cocoa powder and chocolate chips. 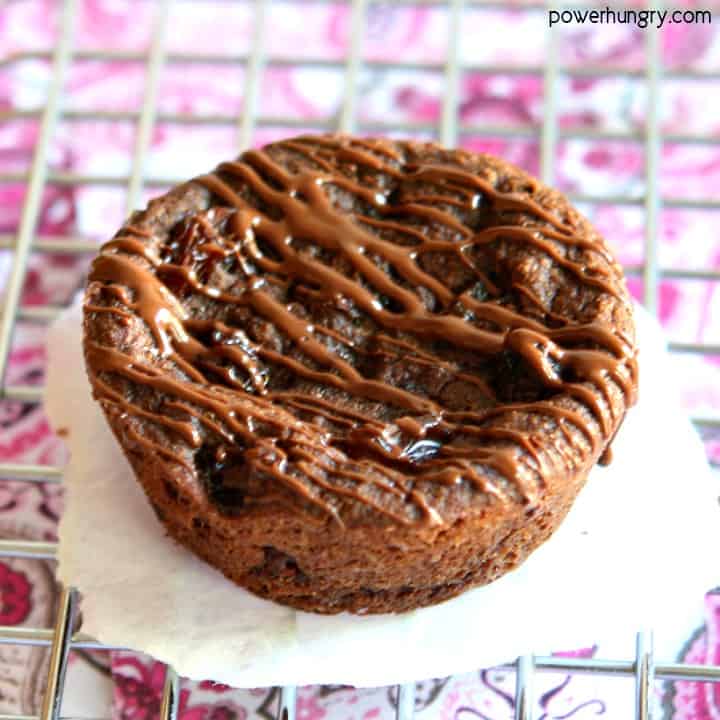 Zeke thinks they are the bomb. He also thinks Little Debbie’s oatmeal cream pies are the bomb, but I will take what I can get. He has informed me that he will give these a try (they guy bakes! and still the Little Debbies…) on his next long ride. He said he will let me know if they mash and conform to his body as he goes the distance.

If you, like Zeke and his oatmeal creme pies, wish to pack these for energy on the move, I suggest following my step (it’s noted in the recipe) for stirring the mini chocolate chips directly into the batter instead of melting and drizzling them on top (as pictured). It minimizes the mess. It is also easier and faster than drizzling, regardless of your puck transportation plans.

Tomorrow, it’s something savory, everyone. No raisins. Until then, have great day! Storage: Store the cookies in an airtight container at room temperature for up to 2 days, in the refrigerator for a week, or in the freezer for up to 3 months.

Could i swap whole psyllium husk for protein powder?

Hi Alex, The psyllium husk works as an egg replacer (it binds the ingredients so they stick together and also adds volume) so protein powder will not work. You could try ground chia seeds or double the amount of falxseed meal, but keep in mind that I have only tested this with psyllium husk :)