Chickpea flour zucchini fritters that are healthy, vegan, grain-free, and so delicious! Make them in minutes and vary the flavors to suit your tastes. 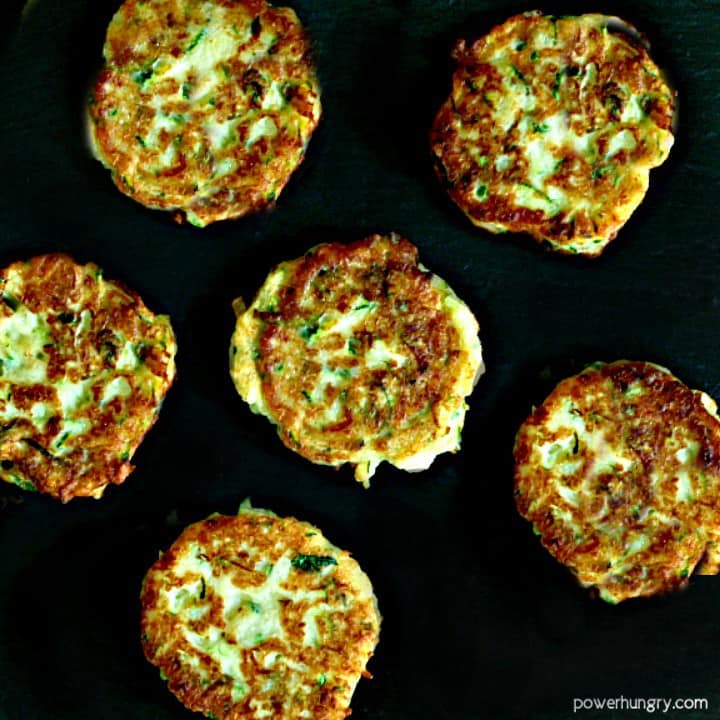 Have you ever made vegetable fritters? “Fritters” bring to mind the gigantic, deep-fried apple and sugar bombs at donut shops, but they cover a wide range of delectable options.

Despite residing in the South, I am terrible–make that miserable–at deep-frying anything and everything, so fear not, the recipe I have for you avoids it altogether. Rather, I propose savory zucchini fritters that are ideal for the zucchini bounty this time of year. 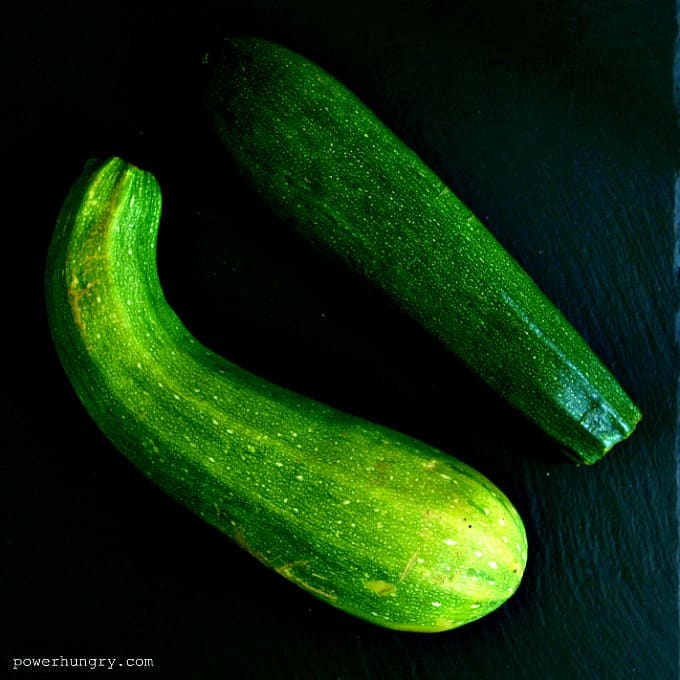 These are really glorified pancakes, meaning that they are easy as can be to make. I have given them a high-protein, extra-savory twist by using chickpea flour. If you look to your right, you’ll notice that I’ve written an entire book devoted to chickpea flour (Coming in early October this year!!!), so it is no exaggeration to say that I am obsessed with the stuff. It adds an extra savory, nutty flavor to these fritters that is undeniably scrumptious.

How to Make Chickpea Flour Fritters

Making these fritters is super-simple.

The only task requiring a hint more effort than usual is draining the zucchini; it’s an essential step for the success of the recipe. Zucchini are mostly water, so if you don’t drain them before adding to the batter, your fritters will be a soggy mess.

But don’t worry, I’ve got you covered. If you have a clean dishtowel, some sort of sieve or strainer and a medium bowl, you are good to go.

All that’s left is a bit of mixing and some basic pancake flipping skills.

Sure these, are great as a side-dish, but I love them as a power snack (chickpea flour is high in protein and fiber), or as part of a light lunch.

Can I Store the Chickpea Zucchini Fritters?

Let the fritters cool completely on a wire rack and then store in an airtight container in the refrigerator for up to a week. I am fine munching these cold, or I’ll rewarm them in the microwave for 10 to 15 seconds.

*You can keep the fritters warm in a 200°F oven as you cook the batches.
*Feel free to vary these with your favorites herbs (e.g., basil, dill,cilantro) or a bit of nutritional yeast for a cheese-y flavor.

These were DELICIOUS! I will say I made a few substitutions based on what I had on hand, but the base recipe is perfect and I'll make them again! My subs: I used whole milk instead of nondairy, one small finely diced cooking onion instead of green onion, and I added about 1/4 cup mozzarella cheese. I also accidentally mixed in the oil (whoops!) so I added a bit more flour, but it was a scrumptious mistake! I'll try it without next time, but these were honestly amazing.

I can't say enough good, NO GREAT, things about this recipe. So delicious and super easy! I've made them numerous times and love making the batter and frying only what I"ll eat at a time. That said, I've also fried the whole recipe and then refried and microwaved leftovers. Frying was definitely better but frying as needed was perfect. Thanks for an amazing recipe. I'm so excited about your blog and trying out more recipes.

Wowza, thank you April!!! So glad you like them!

yeA…can they? I'm going to try it like that now ..using apple sauce instead.

Do you make your own chickpea flour? If so, how? thanks.

Can these be made with another kind of flour?