I’m dating myself, but does anyone else remember the commercials for Betty Crocker Snackin’ Cake from the 1970s? They worked on my pee-wee brain like magic: I wanted chocolate snackin’ cake, and I wanted it bad. 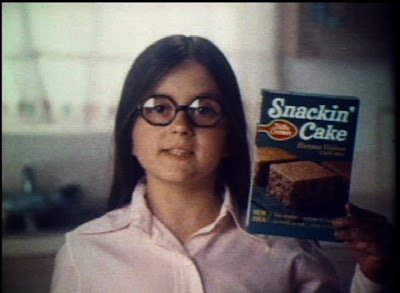 The appeal was twofold. First, the notion that cake can be a snack. To my child consciousness, this was pure genius. Why on earth was my mother pushing snacks of fruit, vegetables, and whole wheat crackers when chocolate- chocolate chip cake was a viable option?!!!

Second, the box came with its own cardboard baking pan, lending it a toy-like appeal that was right up my 7-year-old alley. I’m not sure why this was so alluring, but the thought of it made me giddy with excitement. According to the commercial, making the snackin’ cake was as simple as dumping the contents into the cute cardboard tray, mixing in some water, and baking for a brief spell. It sounded like heaven, sheer heaven.

My granola-making, Co-Op-shopping, vegetable-gardening mother, of course, thought it sounded like nonsense. She ignored my pleas and passed plates of peanut-butter & raisin-filled celery sticks instead. So long, snackin’ cake.

Fast forward 30 years: hello enlightened chocolate snack: Vegan Almond Flour Brownies that are as good for you as they are good to eat! 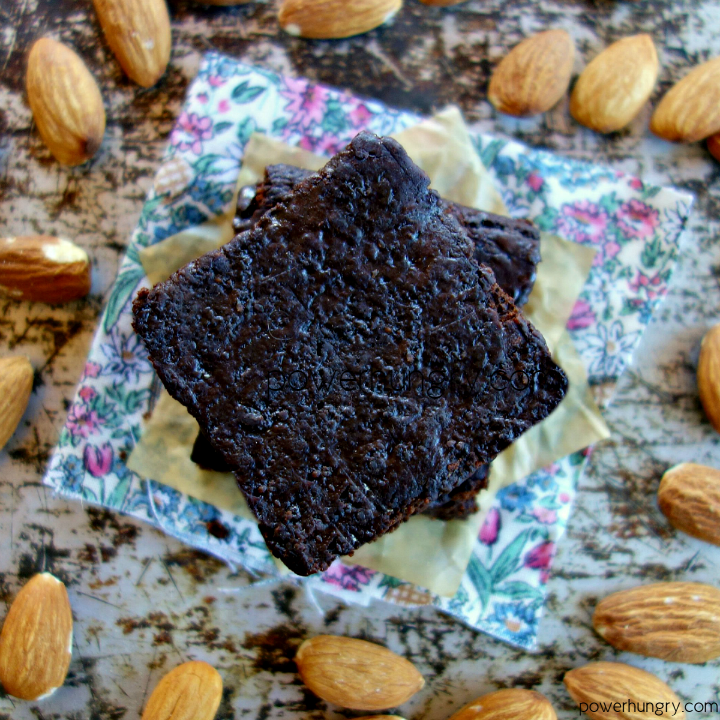 I am new to baking with almond flour, but I am really loving it! It is simply finely ground almonds, nothing more. Naturally gluten-free, nutrient dense, and you do not have to mix it with any other flours or gums. These brownies are moist and fudgy, but still everyday any-day treats. They are lunchbox friendly, not too sweet, frosting-free, and plenty of deep chocolate flavor.

Even better, this truly is a pantry dessert, because –I know this may sound crazy, but you need to trust me here—it contains no eggs or dairy products. I used flax eggs (flaxseed meal mixed with water) to make it that much more everyday-friendly and accessible to those of you who don’t or can’t eat eggs. You probably have the ingredients on hand right now, so whip up a batch to test my claims. 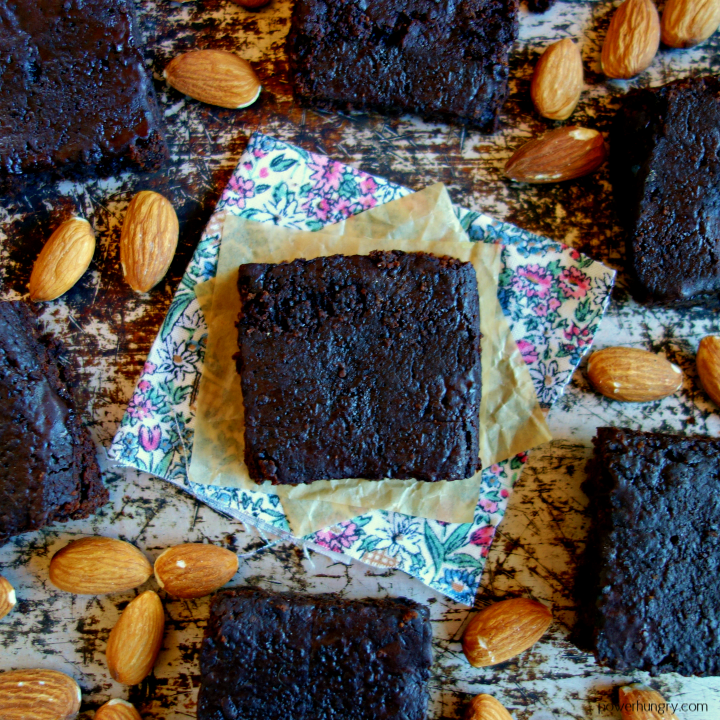 I’m glad I waited for a new, chocolate dessert that doubles as a snack (and more than happy to admit that my mother was right–where would Power Hungry be without her?). Now if only I could figure a way to construct my own cardboard baking trays… 🙂

Tip: I do not add the coconut oil with the other liquid ingredients because it will re-solidify--the little solid bits will be almost impossible to break up with a spoon! Add it at the end and it will blend right in.

Storage: store he brownies in an airtight container at room temperature for up to 3 days, the refrigerator for 1 week, or the freezer for up to 3 months.

[…] been many years since I first made a batch of vegan almond flour brownies on this site. I picked up a bag of almond flour on a trip to Houston, excited about my first […]

I just finished my first brownie and am so tempted to eat the rest. It's delicious!As mentioned in the recipe, it's not too sweet but that's the way my husband and I like it. This is my first recipe using almond flour :)

I am so flattered, in so many regards. Thank you so much for trying the recipe (thrilled you liked it) and pleased as punch that you posted :)