Nutritious and delicious quinoa flour almond flour soda bread, made with only 8 ingredients! It is vegan, oil-free, sugar-free, gluten-free, yeast-free, and easy to make. 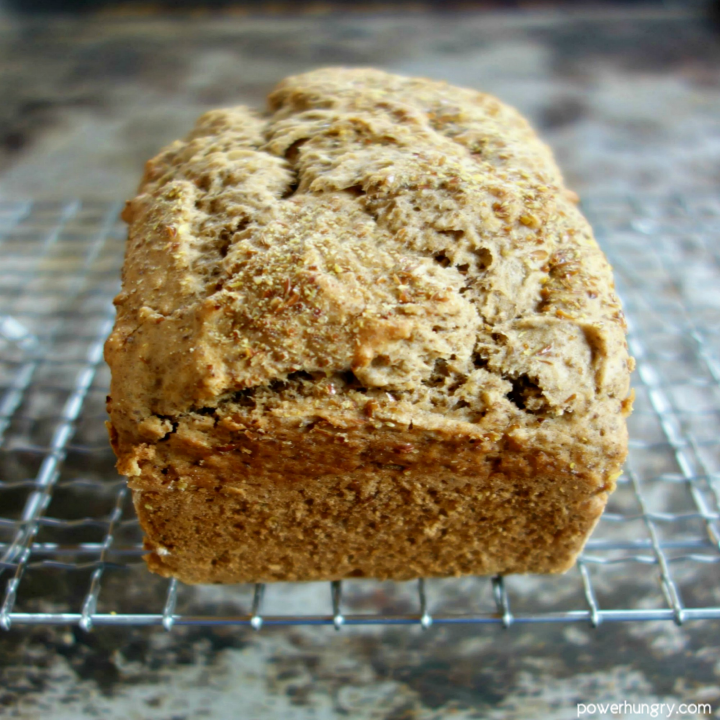 Hi everyone! Apologies for not posting sooner; we have house guests, so I’ve been (slowly) playing catch-up with, well, just about everything the past few days. It’s good to have some time to sit down and compose a post.

It was actually (finally!) a cool autumn morning, so I decided to bake bread to celebrate the seasonal shift.

My choice? A quinoa flour and almond flour soda bread.

What is Soda Bread?

Soda bread is a quick bread made without yeast. It gets its name because it uses baking soda in combination with soured milk (e.g., buttermilk or yogurt). The acid in the soured milk reacts with the baking, causing a chemical reaction that makes the bread rise.

Some of the most basic recipes require no more than flour, baking soda, soured milk and salt. But fancier versions are enriched with oil or butter, citrus zest, seeds (caraway seeds are a classic option for Irish soda bread), and dried fruit (such as dried currants or golden raisins). 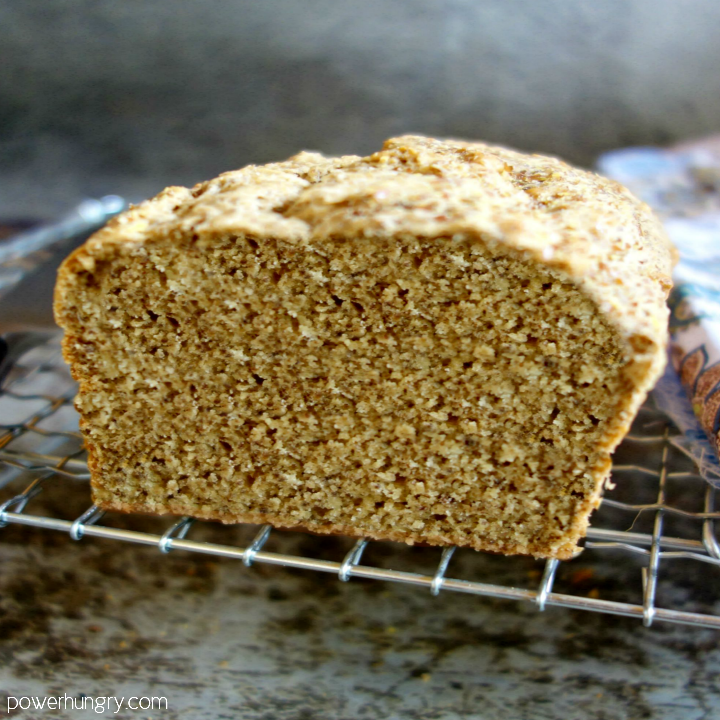 I wanted to make a gluten-free version of soda bread, but I did not want to rely on a (mostly white rice flour) GF flour blend. Instead, I turned to one of the most nutritious flours around: quinoa flour,

I love quinoa flour; it has an earthy quality that works in a variety of baked goods. It is especially fine in savory baking.

I tried making an all quinoa flour soda bread, but the flavor was too sharp, even for me (and I love bitter foods). It needed tempering with another flour. I decided on almond flour. In addition to its versatile and delicious flavor, it is packed with natural oils–just what I needed to keep this bread tender, but oil-free.

I also added flaxseed meal, both for rustic flavor and texture (I even sprinkled a bit on top before baking). I love the result. 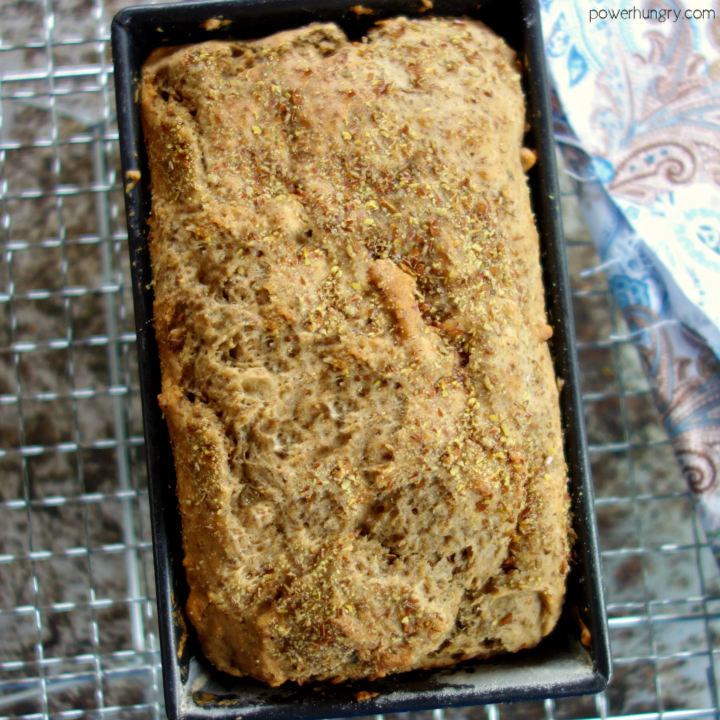 The texture is wonderful–more tender than wheat flour soda bread. The flavor is reminiscent of Irish brown bread (a whole wheat variation of soda bread). The subtle sweetness of the almond flour plus the faint bitterness of the quinoa flour results in a mellow, wholesome loaf.

It received unanimous thumbs up from Kevin and our visitors. Nick gobbled his slice in minutes (admittedly, I smeared it with Nutella and topped it off with sliced bananas; I had a slice the same way. YUM!). 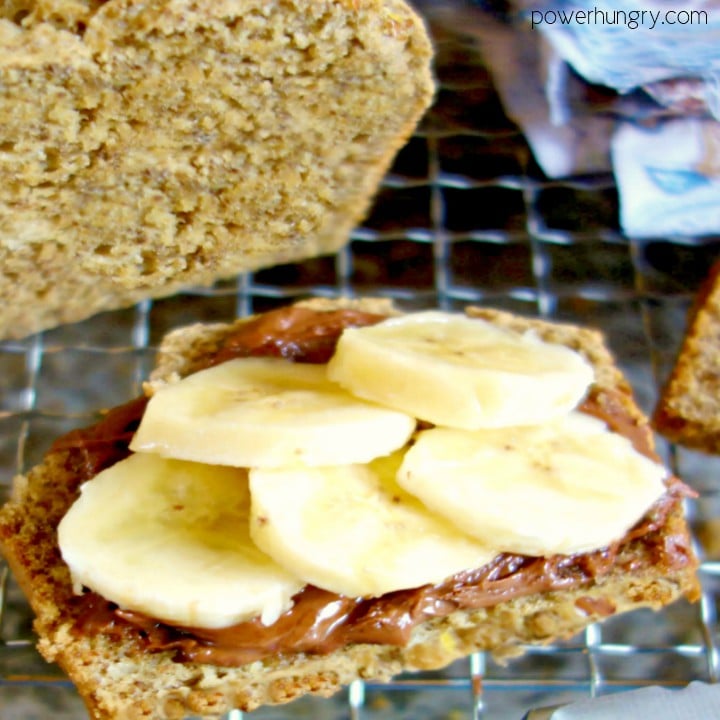 Soda bread is such a great go-to bread, so play around with add-ins or make the bread in different sizes (e.g., muffins, mini muffins).

Storage: Store the cooled bread in an airtight container at room temperature for 2 days, the refrigerator for 1week, or the freezer for up to 3 months.

Hm I am looking for quinoa flour make grainfree, yeast free and vegan hamburger rolls. Can your recipe being make the rolls?

can I use regular buttermilk (not worried about vegan)?

Camille, thank you so much for this recipe! I've made this bread 6 times now with great results each time. I like to sprinkle a layer of sesame seeds on the top before baking. The last 2 times I have replaced some of the quinoa flour with sorghum and millet flour (1.5 cups quinoa, 0.5 cup sorghum, 0.5 cup millet) and I like what this has done to the overall taste of the bread. I only found your recipe because my local health food store stopped carrying the quinoa bread that I've been eating for the last 2 years. (By the way, it took me a while to acquire a taste for bread made with quinoa flour but I am glad that I have because it feels like a healthier alternative to regular gf based breads made with flours from rice, casava, potato, etc.)

Does the Quinoa and almond flour soda bread hold together without Xantham Gum? I will be leaving the flaxseeds out so intend to use just a little less milk. Do you have anyway to describe or show in a picture how moist the dough should be be please?

can you use yeast to make this bread rise?

Alas, no, that will not work.