Chickpea flour tortilla Espanola muffins are perfect for healthy meals and snacks on the go. They are vegan, grain-free & only 105 calories each. 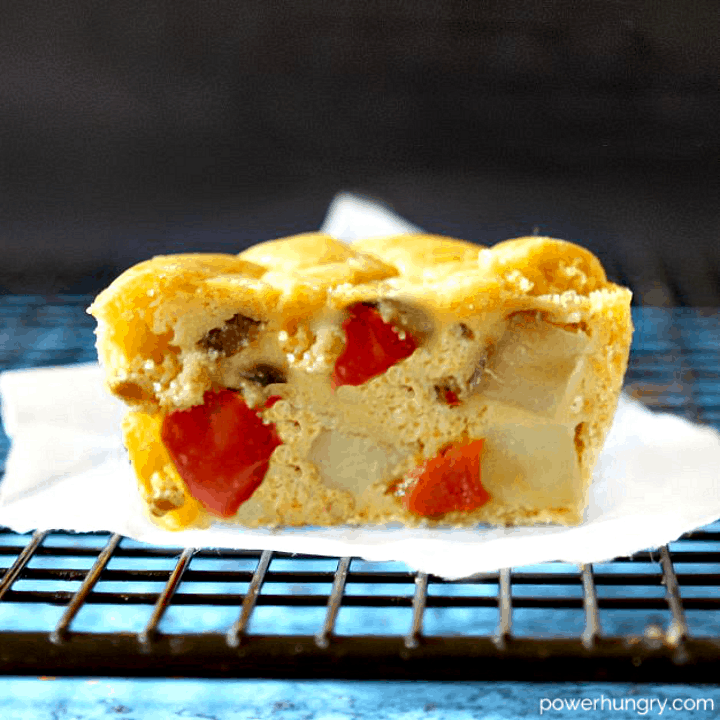 Confession: I almost took today off from posting. It is partly because it’s Mothers Day, but more to do with the fact that today was day two of tournament baseball for my son (two games yesterday, three games today. They came in second!). It’s been fun, but I’m pooped.

But common sense reigned, and I decided I had to keep on pucking; I’m three weeks in, I can’t stop now!

Equally important, I wanted dinner ready when we got home. Together with a giant green salad and wine (for us, apple juice for Nick!) my vegan interpretation of Tortilla Espanola made a pretty idyllic end-of-the-weekend supper. 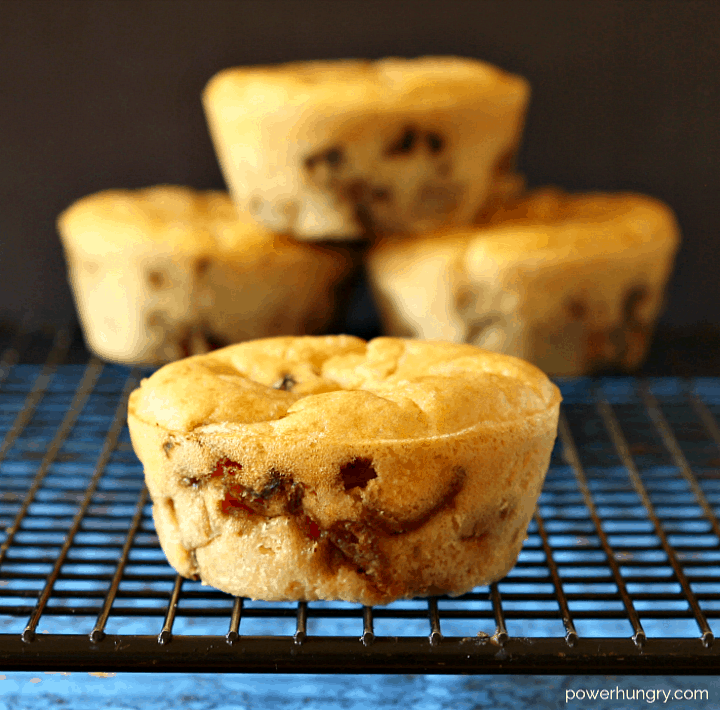 What is Tortilla Espanola?

Tortilla Espanola is what most of us think of as a frittata; it is also happens to be iconic fare throughout Spain.

At it’s most basic, it is simply potatoes and onions, fried in plenty of olive oil, and then completely surrounded by beaten eggs. The ensemble finishes cooking in the oven, or on the stovetop, just until the eggs are set. Once cool, the tortilla is inverted from the pan and cut into pieces, which can be eaten out of hand (portable!) or with a plate and fork, whatever suits the occasion. It’s simple, but utterly addictive.

So how about a vegan version? Given that chickpea flour can be used to make egg-less quiche, I decided to try my hand at making egg-less tortilla Espanola. Chickpeas are similarly a popular food in Spain, so it seemed particularly fitting to give it a whirl in portable, power puck form.

The results of my little experiment are in: FANTASTICO!

Besides the radical swap of chickpea flour batter for the eggs, I kept the recipe true to the original. I did add some red bell pepper to the onions and potatoes, to further pump up the flavor, plus a dash of smoked paprika (pimenton), one of my favorite spices ever. If you don’t have it, don;t worry; either leave it out or substitute an equal amount of ground cumin or chipotle chile powder for a similar smokiness. 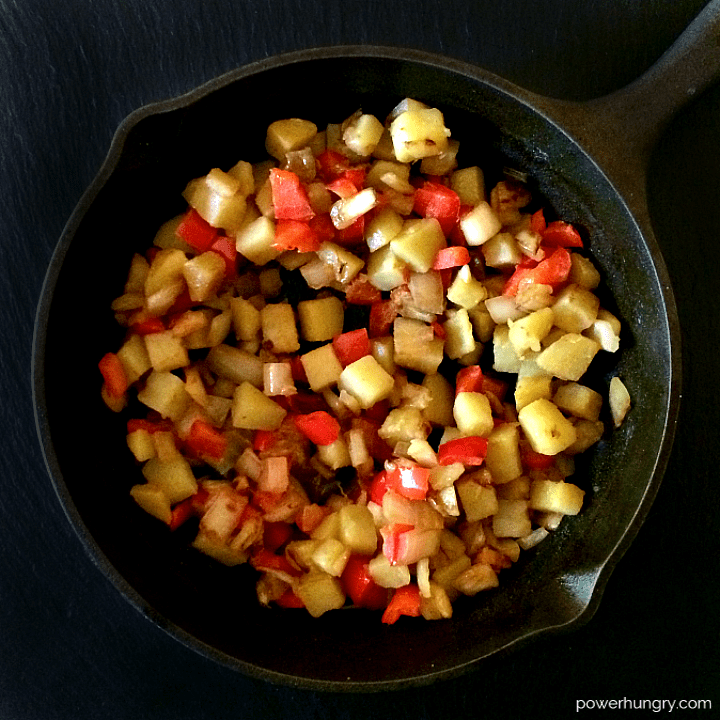 I was generous with the olive oil, which made the finished chickpea batter especially tender and egg-like, and I also added a 1/4 teaspoon of baking powder to lend the finished pucks extra puff.

In traditional Spanish fashion, you can serve these warm, room temperature or cold. They make even better travelers than the egg version and. according to my 9-year-old, are even more delicious. Enjoy! 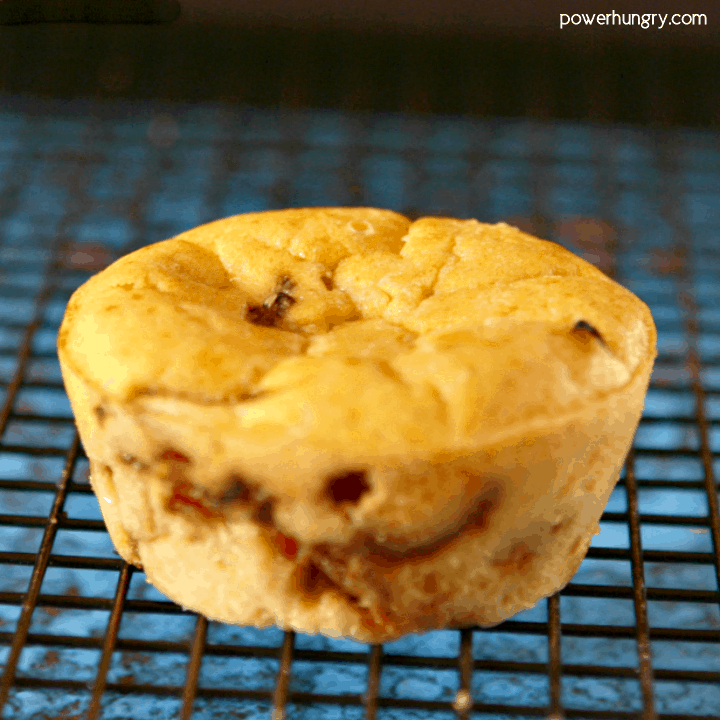 Storage: Store in an airtight container in the refrigerator for up to 5 day or freeze for up to 2 months.

As an Amazon Associate and member of other affiliate programs, I earn from qualifying purchases.