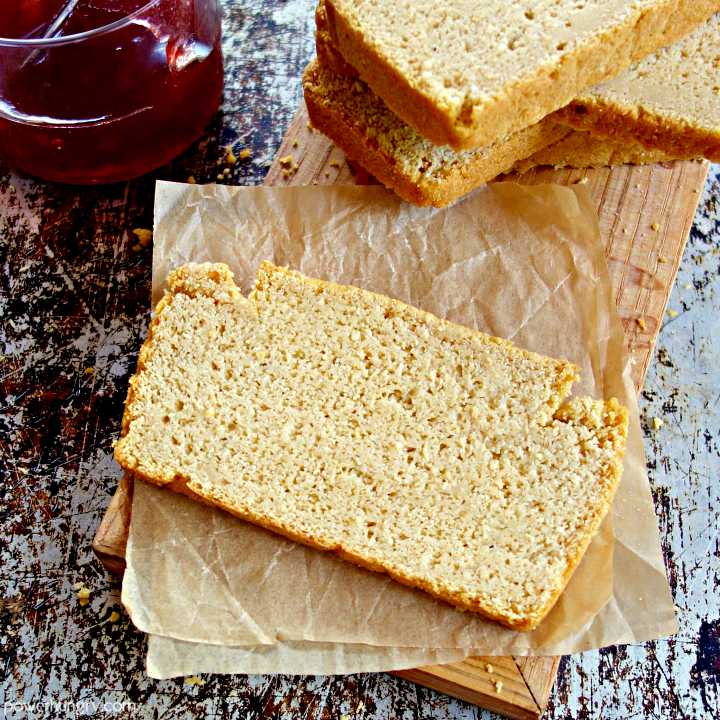 My Chickpea Flour Sandwich Bread is a staple at our house. Grain-free, vegan, and only 5 ingredients (chickpea flour, seltzer water, oil, baking soda, and sweetener), it is easy, versatile, and perfect for toasting, rounding out a simple meal, and the ubiquitous sandwich making.

And yet…I decided to create another version. Specifically, one wit a fine, yet somewhat denser, texture that can be sliced very thinly. After a slew of sad, sunken, and otherwise misguided test loaves, I finally found success.

This delectable bread is:

The inspiration for this loaf comes from a bread recipe I made ages ago called “hummus bread.” It was a traditional quick bread loaf (i.e., all-purpose flour, eggs, milk, oil), but it also included a can of pureed chickpeas, as well as an assortment of Middle Eastern spices.

The texture was heavenly: a fine texture, yet also pleasantly dense, so much so that it could be cut into very thin slices. The chickpeas also added a buttery, nutty flavor to the bread, despite the absence of both nuts and butter.

I have used pureed beans in a few other grain-free bread recipes (this is a particular favorite), so why not see what happens in a chickpea flour bread? I threw caution to the wind, and chickpeas into my blender. 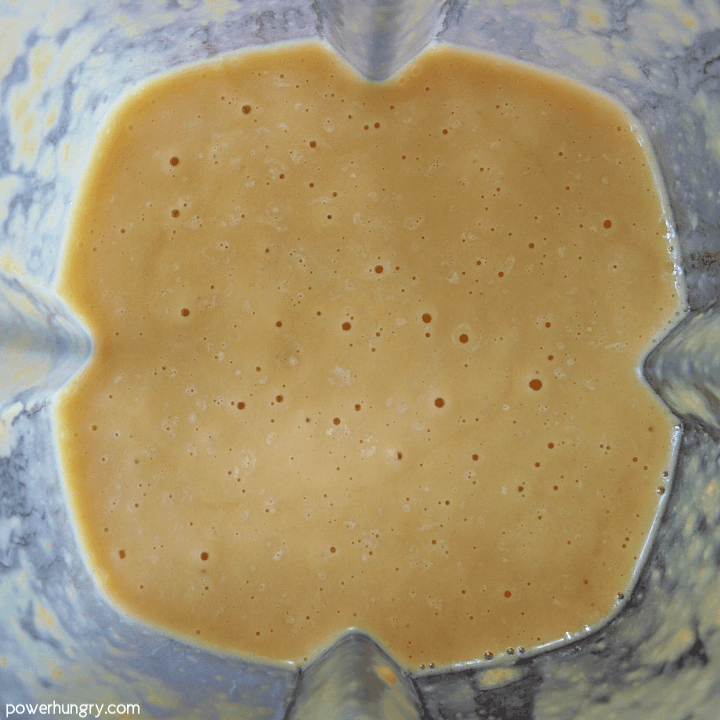 It took some tweaking, but it worked!

My final recipe includes a puree of both the chickpeas and the chickpea liquid. The latter is also known as aquafaba, a vegan replacement for egg whites that can be whipped into frothy meringues and incorporated into baked goods for added structure.

Also included in the puree: water and lemon juice. The lemon juice activates the baking soda (added next).

Once the puree is complete, whisk 2 cups of chickpea flour with 1 and 1/2 teaspoons of baking powder. I also add a 1/4 teaspoon of salt (I like my salt), but you can add less to suit your needs (or, if the canned chickpeas are particularly salty). Add the puree and stir until just blended. 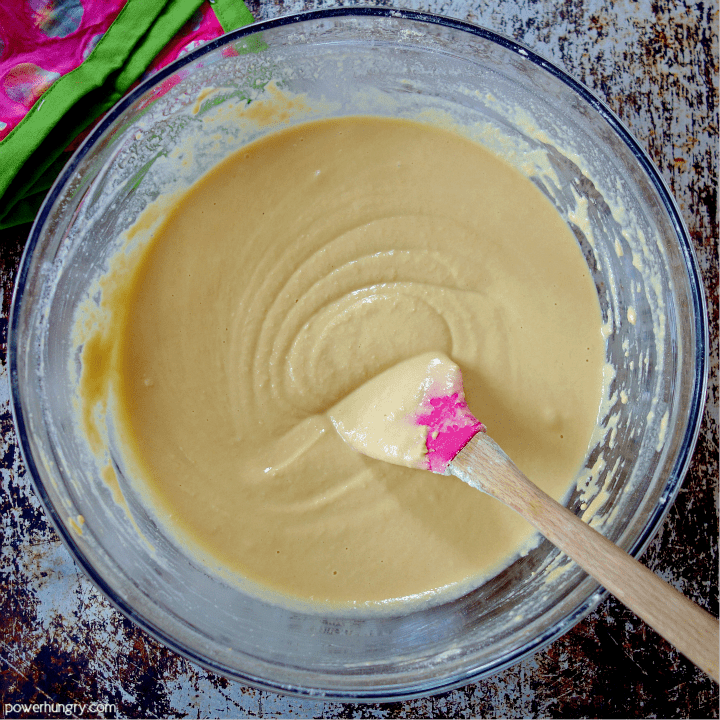 Pour the batter into a 9×5 inch baking pan that has been greased or sprayed with nonstick cooking spray. A parchment paper lining is not needed. 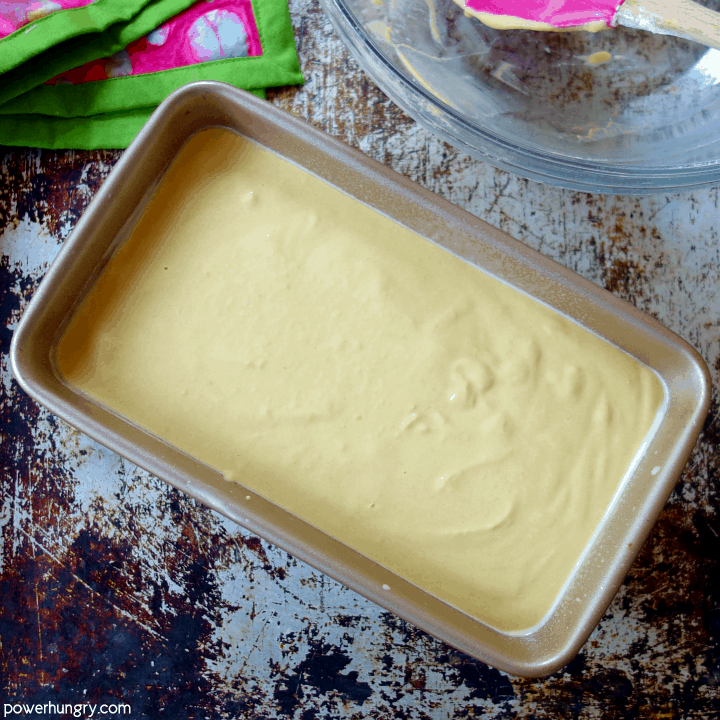 Bake the loaf in a preheated 375F oven for 45 to 50 minutes, or until risen, golden brown, and a tester inserted in the center of the bread comes out clean. 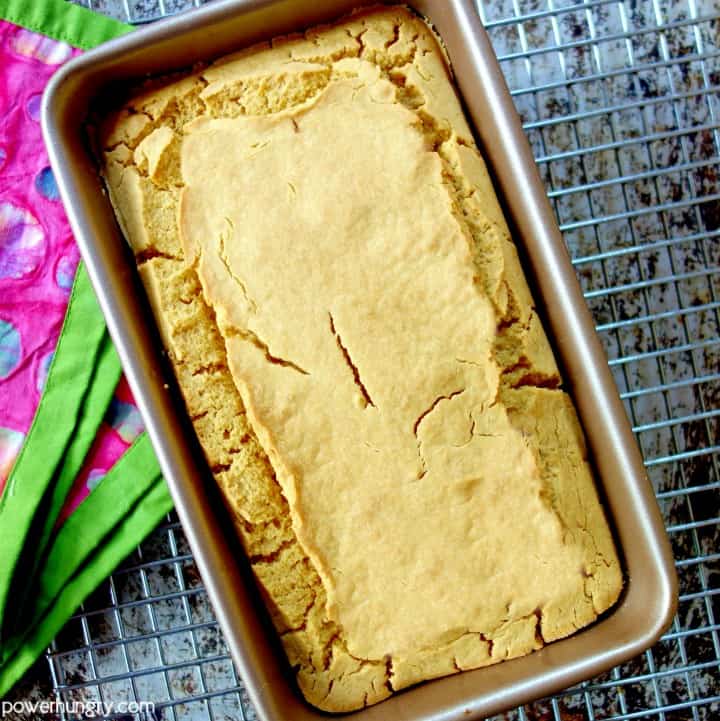 Allow the bread to cool into the pan for 15 minutes before removing, and then let the bread cool completely. 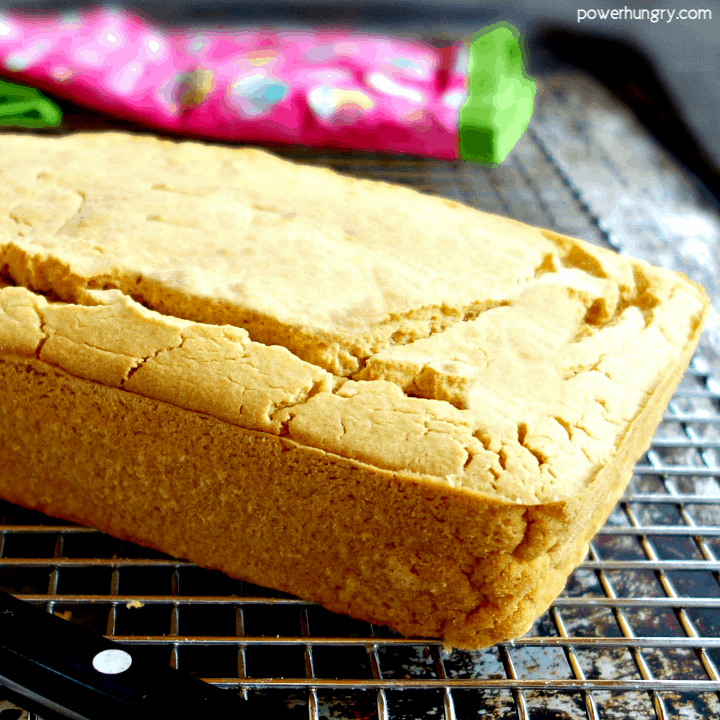 This simple, beautiful bread is good to the last crumb. 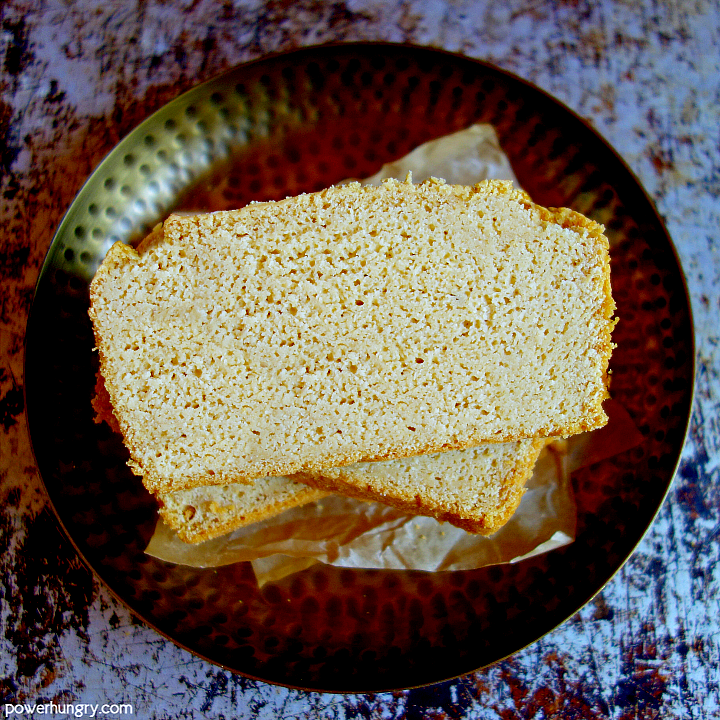 Storage: Store the cooled bread in an airtight container at room temperature for 2 days, in the refrigerator for 1 week, or tightly wrapped in freezer for up to 6 months.

Tip: An uncooked piece of spaghetti can be used as a tester (instead of a skewer) for determining if the center is set!

I had a problem with the insides being uncooked/mushy as well. Used regular bake setting for 50 mins. :(

Hi Summer, oh no, sorry that the middle was not done--that is definitely not how it should be. Is there any chance that you are using convection (as opposed to traditional, radiant heat)?

Adding to my last comment, I think you must mean 425 ml (not grams) when describing the 15 oz can of Chickpeas. I am going to use 1-1/2 cups or 215 grams of cooked chickpeas.

Hi Laura, No, it is in fact 425 grams, not mL, on the can of chickpeas. But that is describing the entire weight of the contents (chickpeas and liquid), not the chickpeas alone.

Any way to use dry chickpeas? I try to stay away from canned

Hi Kayla, Probably about 1.5 cups of cooked chickpeas, but I am not sure how much liquid is in the can. Perhaps someone else can share. I'll try to remember to check next time I open a can of chickpeas.

I've made the recipe TWICE in one month. The first time "plain" and the second loaf with "black sesame seeds". The nutty-ness is wonderful and when I drizzle spoonful after spoonful of deliciously sweet honey onto the thin slices, my taste-buds EXPLODE with delight. I've shared this recipe with all of my friends and they too believe it's THE BEST.

@Vanila the Orchid Lady, what did you do to make is less moist . Followed the recipe and the taste was yummy but inside was so moist that’s look uncooked . I even left it longer :(

Oh my goodness, so happy that you have enjoyed the recipe so much, Dorothy! The sesame seed addition sounds heavenly, especially with a sweet drizzle on top, YUM!