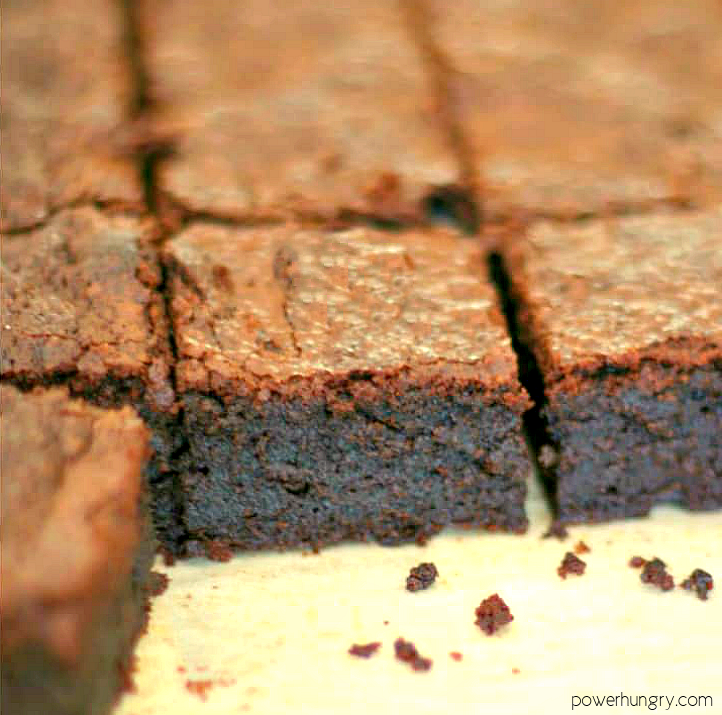 Healthy Brownies for a New Year

While I am still enthusiastic about New Year’s focus on vegetables, I nevertheless must call a spade a spade: it’s late January, the days are short, the weather chilly and wet, and the air palpable with a post-holiday malaise.

Moreover, just as I’m gearing myself up to tackle re-organization of my bedroom closet, I caught a glimpse of my exhausted reflection in the mirror. I look pooped, I feel pooped, and the weeks and months until spring may as well be an eternity away.

I need a good night’s rest, a hiatus, a small miracle.

And so I am having them (I’m digging in following completion of this entry–must type fast!). You can have them, too, with my fudgy but super-nourishing brownie recipe.

Everyone has a recipe for the best brownies, and they also have different ideas about what a brownie should be like. Those who are passionate about chocolate argue in defense of their favorite. Some prefer cake-y brownies; others crave moist and light varieties; and some like dense and chewy brownies with frosting, nuts and the works.

I think that a brownie should have an intense chocolate flavor, but beyond that? I say listen to everyone, follow no one. Which is exactly what I did with these brownies.

Which are made with sweet potatoes. It may sound strange, but it results in the most decadent brownies imaginable, all without eggs, dairy, and oil.

And they are amazing. Plus, they double as energy bars (exactly what I need).

Prepare to go a bit bonkers over these. They are rich, fudgy, and, well, undeniably brownies.

Once the brownies are warm from the oven, the perfect match is milk–dairy, coconut, almond, soy, it does not matter, so long as it is cold. Enjoy! (Don’t forget to feel virtuous–vegetables!– with every decadent bite). 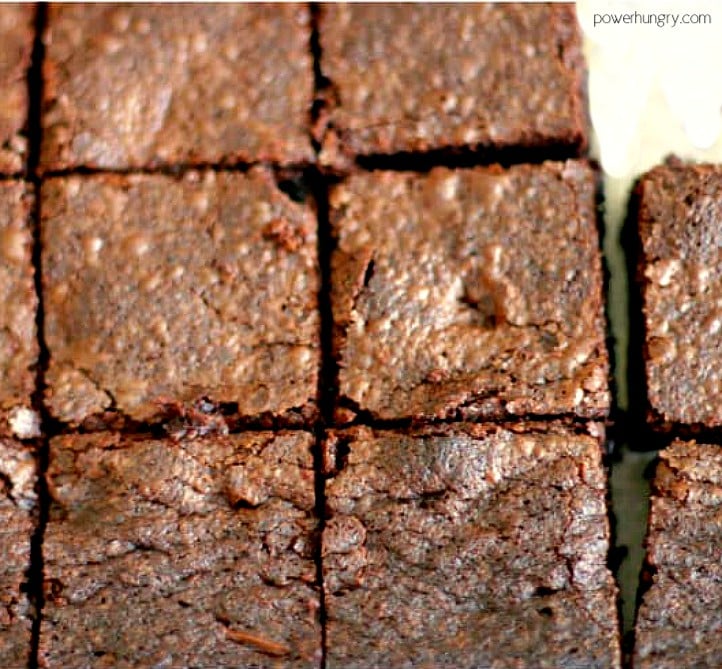 For the Sweet Potato: Microwave, boil, or steam the a medium -large sweet potato until very soft and then puree the flesh in a food processor until smooth.

The brownies were amazing!! The BEST vegan, grain free, sugar free brownies I've made so far and I've tried several recipes and variations. I substituted 1/3 cup monkfruit sweetener for the 2/3 cup coconut sugar to make them sugar free. They were perfect!

I just discovered I'm allergic to coconuts. Would these work with almond flour in place of the coconut flour?

So glad that you liked these, Geri! Sorry to hear about your new allergy. Yes, you should be able to sub twice the amount of almond flour to replace the coconut flour. :)