Baked sweet & salty coconut chips are a healthy energy snack you can make with 3 humble ingredients! Make a double batch, because you will love them. 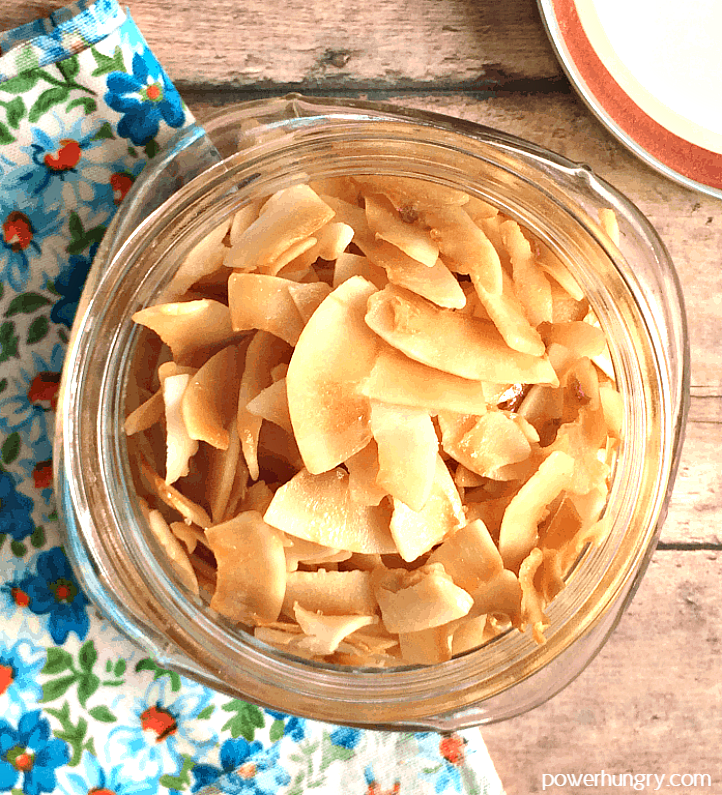 How was your weekend?

Mine began with a Friday night dinner with friends (Yay! Contact with other humans! :)), followed by a long, early run with buddies Saturday morning (a nap followed) , and then baseball, baseball and more baseball with the Nickster. Somehow, I managed to crank out a few healthy snack recipes for toting along to the games. One that I made expressly for Nick is this: Baked Sweet & Salty Coconut Chips.

Warning: they are addictive! 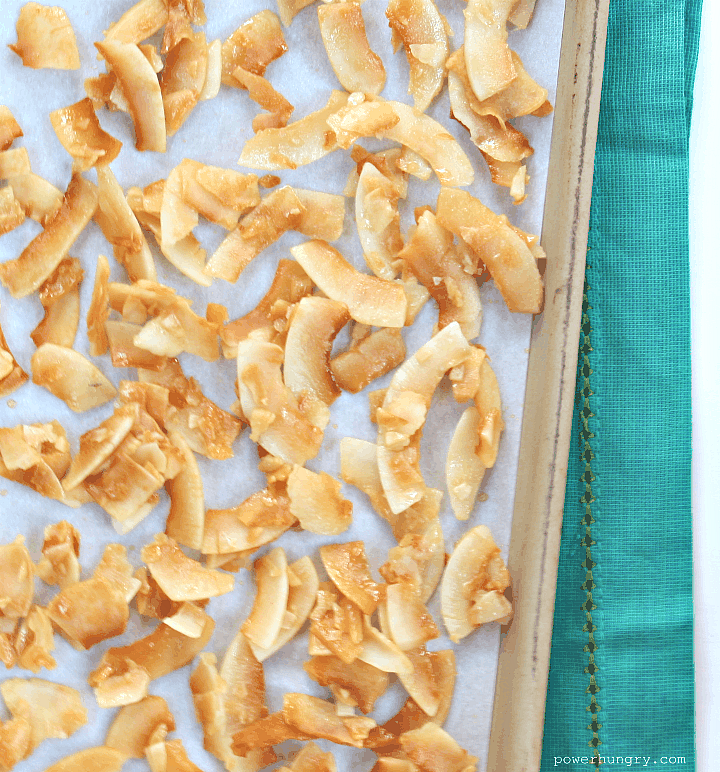 I purchased a packet of coconut chips for our flight home from California in August, and Nick ended up eating almost all of them. Faintly sweet, with a hint of sea salt, I knew I had try making them (especially since one itty bitty packet cost almost 5 dollars–eek!).

It turns out that they are ridiculously easy to make!

These humble, yet amazing, chips require no more than 3 humble ingredients.

It used to be much harder to find large coconut flakes, but not so these days. My local supermarket, and superstore, carry them. The former even has an in-store brand. Look for them in the baking section or the health food section of the store. If you cannot find them, they are also easy to find from multiple online sources. 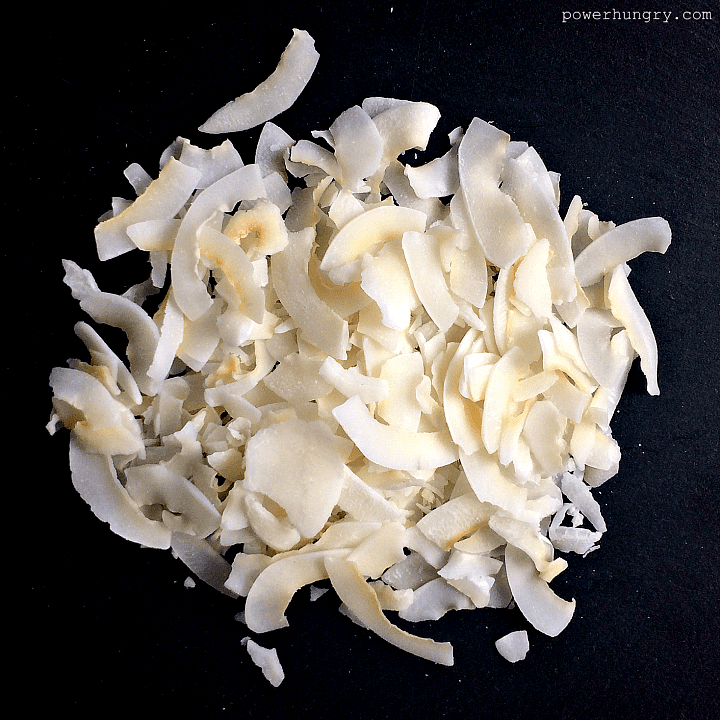 How to Make the Coconut Chips

It took a few rounds to get the proportions of coconut & syrup balanced–enough of the latter to coat the former, but not so much as to make them dessert (the reject batches were still delectable).

I settled on 4 teaspoons  syrup per 3 cups of coconut and kept the temperature to 275F for maximum crispness without over-browning.

I should note that I tried the recipe with honey, too, and it did not work as well as maple syrup. It was difficult to coat the coconut with the honey (I solved this in a later batch by heating the honey first), but the primary issue was stickiness: despite toasting, the chips remained sticky. In addition, the chips lost all of their crispiness within a day.

How to Enjoy Coconut Chips

These make a great late-afternoon snack, or pre-workout nosh, especially when you want to satisfy sweet cravings without a subsequent sugar crash. I like to grab a small handful before a run or before I teach spin class, and they are also an excellent, high-energy snack for Nick in between his games (a great contrast to more typical energy bars and balls).

Here’s why coconut chips are a great choice: The fat in coconut is made up of medium-chain fatty, which are metabolized in the liver and then quickly converted to energy from our cells, allowing us to use the fat immediately for fuel. Delicious + healthy = one great snack!

So grab an extra nibble if you are power hungry!

Storage: Store in an airtight container (a glass jar, with a tight-fitting lid, works especially well) at room temperature in a cool place for up to 2 weeks,