Decadent, yet nutritious, vegan brownies, made with black beans and oats! They are  gluten-free, and extra-easy to make in a muffin pan (no cutting required!). 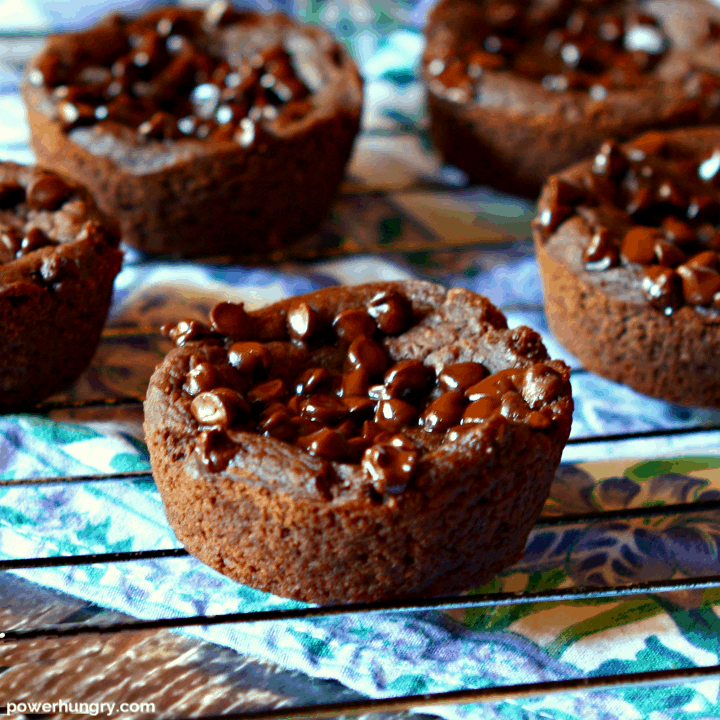 The market for fitness “food” is swamped with a catchall of powders, goops, bars, and countless other processed, packaged wonder-eats, all promising ultimate performance for everyone from endurance runners, weight lifters, and weekend athletes.

But the greatest feat of strength and endurance is trying to eat any of it for days, let alone weeks or months, on end.

It’s so much more delicious, fun, economical, and effective to make and eat real food, throughout the day, to maximize performance. 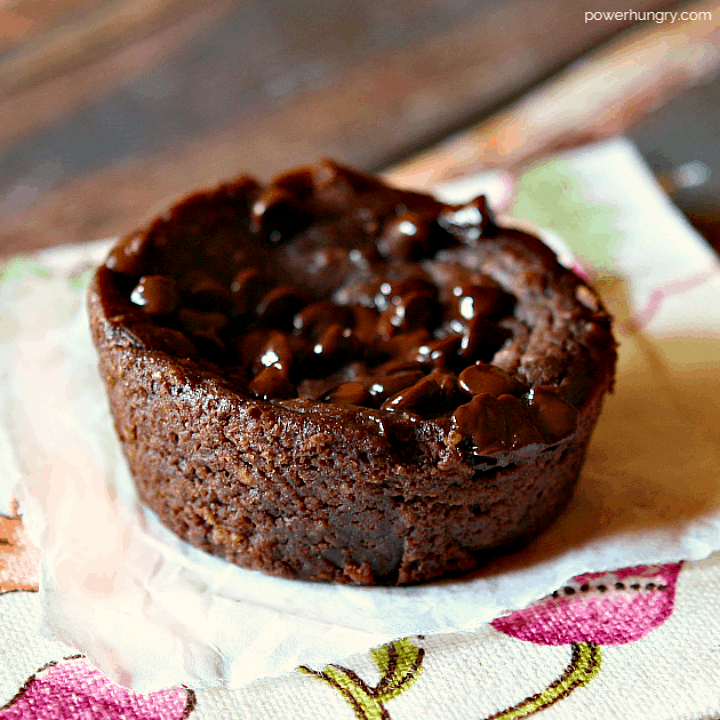 They are, quite possibly, the most luscious, fudgy, chocolate-rich brownies you have ever tasted. Savor the decadence, you deserve it.

Meanwhile, this indulgence will be providing you with a host of nutrients that will power you through triathlons, marathons (of running, errands, chores, you name it), and leviathan loads of lifting (of weights, laundry, leaf bags), and everything in between. Here’s why:

Black Beans: You need carbs to fuel your muscles and protein to build and repair your muscles; beans have a perfect balance of both. They also have a low-glycemic index, are high in fiber, rich in minerals and vitamins, and cheap.

Coconut Oil: The fat in raw coconut oil is mainly saturated, but it’s different from saturated fat from animal products. The saturated fats in coconut oil — known as medium-chain triglycerides — are absorbed by the liver, meaning they act more like a carbohydrate, supplying a high dose of energy without sugar.

(3) Unsweetened Cocoa Powder: We should all add more cocoa powder to our lives because it is a treasure trove of antioxidants, namely flavonoids. These antioxidants lower the oxidative stress of strenuous activities, shortening recovery time.

Now you have no excuses. Eat some brownies, the sooner the better! 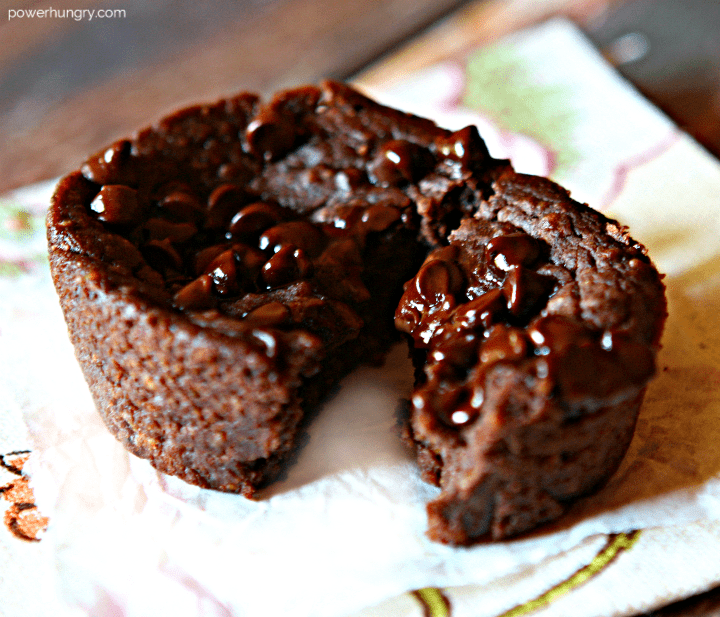 Storage: Keep in an airtight container in the refrigerator for up to 5 dyas or the freezer for 2 months. If you add chocolate chips on top, refrigerate before packing for eating on the run (to keep them from being to melt-y).

Tip: An equal amount of brow sugar or maple syrup can be used in place of the coconut sugar.

These are so yummy! And so easy. Thank you for all the recipes you come up with, I will make these again (a lot!)

Camilla V Saulsbury These look great! I am making these for sure!!! Thank you for sharing!

Will these pucks be in a new book? I make bars from the Power Hungry book all the time, and I'd buy a puck book or ebook. Love the format of the book; especially variations.

You are giving me ideas, Colleen... :) I will keep you posted!